The Battle of Big Dry Wash: Last Fight of the Apache Wars 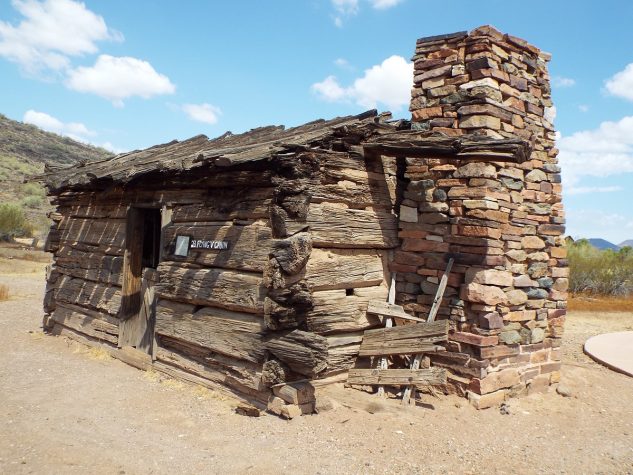 The fight at Big Dry Wash was the White Mountain Apaches’ last stand.

Along the rim of a ravine in a desolate patch of the Arizona Territory, the White Mountain Apache had their last big fight against the U.S. Army on July 17, 1882. This became known as the Fight or Battle of Big Dry Wash. The build-up to the battle was years in the making.

In the late 19th century, whites increasingly encroached into Apache territory. Apache opinion toward the Americans was mixed. Some maintained friendly relations and even joined the U.S. army as scouts.

However, as explained by author Michael R. Meise in the Journal of Arizona History, relations grew fraught as corruption among federal agents made some Apache turn to raiding. This especially became the case after the Battle of Cibecue Creek in 1881, in which a medicine man, who preached a religion of resurrected chiefs, was killed.

His murder was seen as an unjustified act and many Apache grew increasingly disenchanted, especially as there was further white encroachment on the San Carlos Apache Indian Reservation in today’s southeastern Arizona.

Natiotish Tries to Spark a Revolt

Into this maelstrom of discontent entered an Apache warrior called Natiotish (spellings vary).  Not much is known about Natiotish except that he was an Apache of the San Carlos reservation and was an anti-white militant.

By July 1882, Natiotish had gathered a band of followers, some of whom were veterans of the Cibecue Creek fight. He decried American incursions and apparently attempted to set off an insurrection by spreading rumors at San Carlos that whites were going to disarm the reservation Apaches and murder them.

However, the reservation Apaches refused to go to war. As a result, Natiotish took matters into his own hands. On July 6, 1882, his band of up to 80 White Mountain Apache warriors killed police chief J.C. “Cibecue Charley” Colvig and a number of his Apache police while they were doling out ration tickets at the reservation. 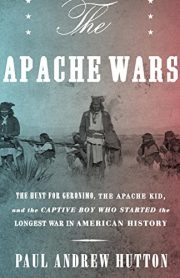 The Apache Wars: The Hunt for Geronimo, the Apache Kid, and the Captive Boy Who Started the Longest War in American History

As news of the attack spread, one Captain Lacy and Sheriff W.W. Lowther with eleven citizens from and around the town of Globe formed a posse. As described by author Will Barnes, they dubbed themselves the “Globe Rangers” and rode out to pursue the renegade Apaches.

They departed Globe on July 9 with their first stop at a ranch owned by a family named Middleton. Two of the family and a friend left to warn other ranchers while the rangers rested.

During this time, Natiotish attacked the Middleton house. Worried for the safe return of the three men, a party went out to fight them. However, it was inconclusive and Natiotish withdrew.

The raiders then, ignoring Globe, attacked the mining settlement of McMillenville on the morning of July 10 and its 30-odd residents. The inhabitants, however, had been warned.

Twelve whites, a Chinese immigrant, and three boys fortified themselves at the edge of the village where they engaged the Apaches for roughly an hour, with one man wounded in the arm.

Nonplussed, Natiotish withdrew again, then found and attacked a cattle camp near the entrance to Canyon Creek. This resulted in two dead. Continuing on the foray, the Apaches had greater success raiding ranches, stealing horses, and burning homes.

This continued through at least July 12. Ultimately, Natiotish’s band had killed eight people and taken about 100 head of cattle and horses.

Upon learning of the raids, U.S. Army forces under General Orlando B. Willcox mobilized.

Sending orders to five different military stations, he dispatched multiple cavalry units to hunt down the renegades. Thus began a multi-day hunt over rough terrain. Of these, two of the units, the 3rd and 6th cavalry, had found Natiotish’s trail, which led them to the Upper Tonto Basin.

They converged there with Captain Adna Chafee of the 6th Cavalry leading the way. As they drew closer, the Apache scouts who were attached to the 6th Cavalry and led by Al Sieber moved ahead.

They encountered Apache camp sites, some still with smoldering embers from fire. Army accounts tell that the Apache scouts were reluctant to continue the pursuit, arguing that Natiotish’s force was too far ahead despite evidence to the contrary.

This is probably due to a reluctance to engage fellow Apaches and also because of the mutiny of Apache scouts at the Battle of Cibecue Creek. However, Al Sieber was a forceful Chief of Scouts and prodded them onward. It was in this way that they discovered Natiotish.

The raiders had encamped themselves on the top of a gorge whose walls rose 200 to 1,000 feet in height. The location was along the upper course of today’s East Clear Creek. Its original name was Big Dry Fork.

In later descriptions of the fight to come, historians would dub it Big Dry Wash. The reasons for this are unknown.

It was clear that Natiotish was aware of the pursuit and had positioned himself atop the cliff to lay an ambush.

Chaffee and his troops were on the far side of the canyon. However, Sieber and his scouts discovered that Natiotish was waiting and reported back to Chaffee.  The Apache renegades were unaware that Chaffee’s 6th Cavalry was being reinforced by the 3rd Cavalry, led by Major Andrew W. Evans. Natiotish also did not know that the Army was aware of him.

Evans arrived in the night and because Chaffee had located the raiders, turned the honor of deployment to him. Chaffee decided to keep the bulk of his troops under cover while sending out two troops upstream and two downstream. Their aim was to cross the canyon and encircle Natiotish’s flanks.

However, just before Chaffee could finish deploying the troops, one of the soldiers discharged his gun by accident. Almost immediately, both sides began shooting at each other across the gorge on the afternoon of July 17.

At about 3:00 p.m., Chaffee deployed the flanking units.

These troops had to deal with the gorge and cross it, while being occasionally fired upon by the Apache raiders. Meanwhile, Sieber and the Apache scouts had made the crossing. They had come to the rear of Natiotish’s encampment, where the guards were distracted because of the firing on the canyon side.

Here were the stolen livestock in a flat area. Sieber and the scouts opened fire, killed the guards, and herded the horses and cattle away. Almost at the same time, the flanking units started to push in at Natiotish’s position.

The raiders began to panic and retreated back to where they had kept the stolen livestock.  However, they discovered that they were almost entirely hemmed in by enemies. They dug into position and prepared to fight it out.

For the Apache scouts, fighting this battle came with emotional trauma. As the battle intensified, one of the Apache Scouts, a private called Pete, recognized two of his brothers and his father with Natiotish.

He threw down his gun and ran toward them. Sieber, seeing this, ordered him to halt. When Pete did not, Sieber shot him in the back of the head with his rifle.

In another example at how personal the Battle of Big Dry Wash was, several of the Apache renegades, who had been scouts before Cibecue Creek, recognized Sergeant Daniel Conn, who was nicknamed Coche Sergeant, meaning “Hog Sergeant” in connection with the army’s pork rations.

They heard his voice and yelled across, “Aaaaaiah! Coche Sergeant!”

One called him a coward, challenging him to come over so he could kill him. Conn was shot through the throat, but survived when the slug missed his jugular and vertebrae.

As evening started coming on it became harder for the sides to see each other.

Lieutenant Thomas Cruse, who was engaging the Apaches with Sieber, realized this and thought that if they did not directly attack Natiotish’s encampment, the raiders would escape in the dark.

Despite a warning from Sieber not to do it, Cruse ordered him and others to provide covering fire. He then advanced into the open to charge the camp.

Coming under heavy fire, Cruse realized that Sieber had been right. However, he had with him veterans and held on. In the Journal of Arizona History, Stanley Brown describes how in the thick of the fight, an Apache stepped out from behind a tree with his rifle. He came within six feet of Cruse and took aim.

Cruse, realizing he was about to die, braced himself. But the Apache was nervous, jerked the trigger and shot 23-year-old Private Joseph McLernon, an Irish immigrant, who was to the side and behind Cruse instead.

At the same time, Cruse shot the Apache and threw himself on the ground next to the private.

Cruse asked, “Are you hurt?”

Cruse told McLernon to lie quietly. This was no problem, since McLernon passed out. Cruse then dragged McLernon back to a slope some twenty feet away. The noise of the movements brought thunderous fire from both sides.

Finally, with the aid of a corporal they were able to get McLernon to the bottom of an arroyo.  Unfortunately, McLernon had been shot through both lungs and died within the hour. Cruse won the Medal Honor for his actions as well as three others.

Just as evening came and the army pressed in on all sides and penetrated the encampment, it grew suddenly dark. The army lost sight of the Apache raiders.

Then a severe hail and rain storm opened up at about 6:00 p.m. Although the storm lasted only about 20 minutes, it gave enough time for the renegades to escape. The battle over, the army took shelter within the canyon.

On July 18, the army scoured the area. It is unknown exactly how many Apache raiders were killed at Big Dry Wash, but estimates range from six to 22 – including Natiotish. The army lost two: The Apache Scout Private Pete who was shot by Sieber, and Joseph McLernon.

Big Dry Wash was a tactical victory for the U.S. Army.

The Apaches had been routed and slipped back to the reservations. While there would be occasional raids, and the famous Geronimo of the Chiricahua Apache would still elude capture until 1886, the Apache were never able to field a strong force again.

Read more about the frontier people and places of early Arizona:

In 1879, a tragic series of events and conflict between white settlers and the Ute people came to…