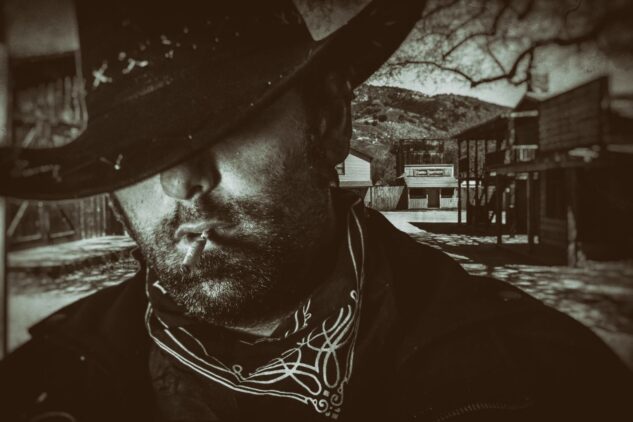 Cue up Netflix, pop some popcorn, and lean back the recliner: it’s time to binge some of the best modern Western movies you may have missed over the years.

As a movie genre, Westerns are as American as 10-gallon hats, beans and hardtack, and Levi Strauss jeans. It’s a genre that has a long history of up and down popularity spikes.

Tales of frontiersmen, pioneers, outlaws, gunslingers, and lawmen were a staple of the silent movie era, but dipped in popularity in the early 1930s. Big-budget productions, including Dodge City, Union Pacific, and Stagecoach, helped reignite interest in this genre. Westerns enjoyed their heyday in the 1950s and 1960s, thanks in part to major stars like John Wayne, Clint Eastwood, and Henry Fonda.

It seemed for a while that the Western was a dying genre, but don’t call the undertaker just yet. A new crop of modern Western films released after 2000 are pulling in a younger generation and renewing interest in America’s westward expansion history.

Let’s take a look at some of the must-see Western movies that have been released in this century by year.

What makes All the Pretty Horses unique is that it’s set in 1949, not the 1800s. Despite this, it has all the standard elements of a classic Western, including a wayward cowboy, horse thieves, vigilantes, a beautiful senorita, and a corrupt lawman.

It also has Matt Damon, Penelope Cruz, and Sam Shepard, though the star-power cast wasn’t enough to sway the critics. All the Pretty Horses was generally panned, although it did receive a Golden Globe nomination for Best Original Score.

Marcus Thomas and Kiefer Sutherland portray brothers and rival bull-riding competitors, and Molly Ringwald and Daryl Hannah play their girlfriends, in Cowboy Up.

The majority of the movie was filmed in Las Vegas at rodeo championships, which is a departure from the typical mountain or desert scenes of other Westerns. The plot focuses on family dynamics, hero worship, and jealousy more than typical Western movie tropes.

The title character in The Outsider is an Old West outlaw played by Tim Daly.

His character starts a relationship with an Amish widow, played by Naomi Watts, which angers the religious community in which she lives in 19th century Montana. Keith and David Carradine also starred in the movie.

Open Range is set in Montana in 1882 and pits a Civil War veteran and a group of hired hands against a ruthless rancher who controls the town: an Old West good versus evil story.

You can expect a heavy dose of Old West medicine, an epic gunfight, and even a romance. Kevin Costner produced, directed, and starred in Open Range, along with Robert Duvall, Annette Benning, and Michael Gambon. 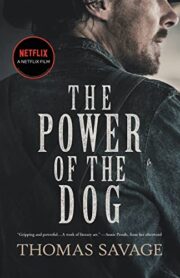 The Power of the Dog: A Novel

“Rarely does a book seep into me like this one did. So well done with the characters and feel of the time and place. Just wow. Highly recommended.”

You should watch this film for the history, cinematography, and modern take on the true-life story despite the negative reviews from the critics. After all, what do they know?

Antonio Banderas and Catherine Zeta-Jones reprised their roles from The Mask of Zorro in this action Western sequel.

The movie, which follows the exploits of the swashbuckling Mexican swordsman, was set in California, but most of the filming took place in San Luis Potosi, Mexico, and Wellington, New Zealand.

Seraphim Falls was the only feature film directed y David Von Ancken, who carved his niche in directing television programs.

The Russell Crowe-Christian Bale action Western, 3:10 to Yuma was one of the biggest hits of 2007, although it did have to compete with Spiderman 3, Harry Potter and the Order of the Phoenix, I Am Legend, and The Bourne Ultimatum.

In the film, Bale plays a rancher who, in desperation, agrees to transport an outlaw, played by Crowe, to jail on the afternoon train. It’s a remake of the 1957 film by the same name and one of the best-loved Westerns of all-time.

Honorable mention: The Assassination of Jesse James by the Coward Robert Ford

This Ed Harris, Jeremy Irons, and Renee Zellweger film is set in 1882 in a New Mexico town. The plot is one that we see many times in movie Westerns, but it’s still appealing.

A small town is terrorized by a power-hungry rancher who kills off the local marshal and his deputies. A newcomer and his pal agree to clean up the town and oust the villains. Another Western-style good versus evil flick, but with sexy Renee Zellweger.

This film, starring Crispin Glover, is a reminder that the Old West was not all saloon girls and horses. There was a grim and deadly side too.

The Donner Party is based on the real-life experiences of an ill-fated group of pioneers en route to California when things took a turn for the worse. It is a sad and horrific tale, but it speaks to the power of human survival.

Not many Westerns have a 14-year-old girl as the central figure. That’s just one of the reasons why True Grit is an exceptional film that should be high on your must-see list.

Sure, the premise of Cowboys & Aliens seems preposterous on the surface – a group of Old West misfits must band together to save the town from alien invaders – but this movie represents one of the best sci-fi Westerns in this odd subgenre.

The film’s director sought to present an accurate demonstration of how folks in the Old West would have handled an invasion from a group with superior weaponry, you know – how the Native Americans faced the European colonists.

And if you think UFO sightings didn’t happen in the Old West, just Google “Aurora, Texas, 1897.”

Funnyman Jamie Foxx in a Western? I’m here for it! Quentin Tarantino wrote and directed Django Unchained, which has been called a “revisionist tribute to Spaghetti Westerns.”

The plot centers on a slave who trains with a German bounty hunter so he can rescue his wife. Django Unchained has an all-star cast, including Jamie Foxx, Samuel L. Jackson, Leonardo DiCaprio, Kerry Washington, and Don Johnson.

It has an 87% rating on Rotten Tomatoes, collected a slew of awards, and was named one of the top movies of 2012.

The Lone Ranger is a classic Old West character and his adventures have been featured in several movies and television shows, but only the 2013 version stars Armie Hammer as the masked man and Johnny Depp as his faithful companion, Tonto.

Although it was not a box office smash, the movie earned two Oscar nominations, one for Best Visual Effects and the other for Best Makeup and Hairstyling.

Perhaps not the most historically accurate depiction of the Old West, the Seth MacFarlane comedy A Million Ways to Die in the West is still a fun flick to get you laughing on a dreary day.

A true “hero’s journey” plot, the movie follows the story of a timid and cowardly outdoorsman as he gains the skills he needs to take on an outlaw. In addition to MacFarlane, the film’s cast included Amanda Seyfried, Charlize Theron, Neil Patrick Harris, and Liam Neeson.

If you haven’t already watched The Revenant, stop what you’re doing and go watch it right now. I’ll wait.

The movie is a cinematic masterpiece and Leonardo DiCaprio’s performance is outstanding. Oh, yea – and it is based on an incredible true story of survival and revenge.

Like Ocean’s Eleven or the A-Team, we love it when a storyline features a crack team of individuals with particular sets of skills who come together to thwart the bad guys.

That just about sums up The Magnificent Seven, a Western set in 1879 in the American frontier. Every film with Denzel Washington is sure to be a hit, but when you add in Chris Pratt, Ethan Hawke, Vincent D’Onofrio, Byung-hun Lee, Manuel Garcia-Rulfo, and Martin Sensmeier, you get a movie that, on a scale of 1 to 5, earns 7 stars.

Hickok, a Western about the legendary gunslinger Wild Bill Hickok, had limited release in theaters when it debuted in 2017, but it is available on a few streaming services.

It is not particularly long either – only 88 minutes – so it is a great movie to stream on a random Tuesday night when you have work in the morning. And you will get to spend 88 minutes with Luke Helmsworth, Trace Adkins, Kris Kristofferson, and Bruce Dern.

It was named one of the best films of 2018 and earned three Oscar nominations including one for Best Original Song for “When a Cowboy Trades His Spurs for Wings.” Kinda disappointing that there isn’t a namesake ballad in this movie.

If you are looking for a recently made film that really captures the Western genre, give Badland a look-see.

Written and directed by Justin Lee, Badland follows the tale of a Pinkerton detective who, in the years following the end of the Civil War, has been sent to the Western frontier to track down a list of men guilty of horrific war crimes.

I learned a few things after watching News of the World. First, a person living in the Old West could earn a living traveling around reading newspapers to people.

Regarded as one of the best movies of 2021, The Power of the Dog, which is set in Montana in 1925, is a Western wrapped up in a psychological drama. The lead performers, Benedict Cumberbatch and Kirsten Dunst, received praise and accolades for their performances.

The Power of the Dog got a dozen Academy Award nominations but, surprisingly, won only in the Best Director category. The acting, the plot, the cinematography, and the soundtrack all make this a must-see modern Western. I’ll stop gushing now.

Tombstone’s epic cast, iconic one-liners and old school showdowns make it one of the best Western movies ever,…