7 Intriguing Facts that Reveal the Truth about Calamity Jane 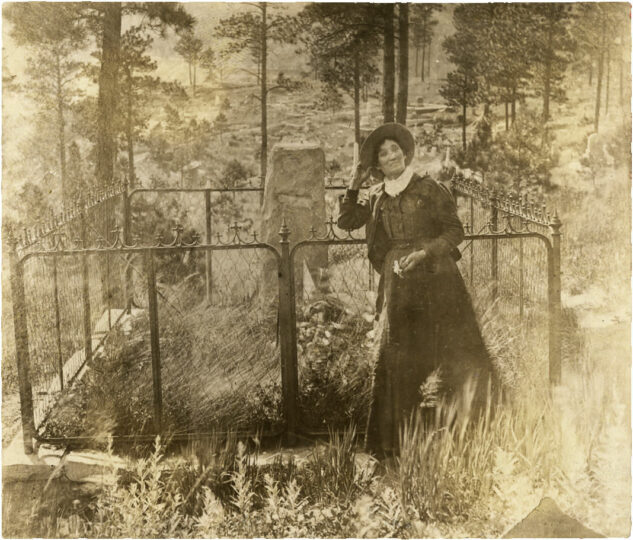 Calamity Jane was a legend of Old West lore more famous for being famous than anything else.

Her name was Calamity Jane and she was a living legend of the Old West. The litany of activities she performed reads like something out of a western dime novel.

She was the boon companion and lover of Wild Bill Hickok and captured his murderer, Jack McCall. She wore men’s dress and adventured as an army scout, a stage driver, a gunfighter and no less than a Pony Express rider. She cavorted about the Old West like no other woman.

Calamity Jane’s claims and adventures have been the subject of some debate. Did Calamity Jane really do all these things that she claimed or is ascribed to her? The real story, as it is with most people, is that it is far more complex.

Here are seven details that reveal the truth about the real Calamity Jane.

Calamity Jane was born May 1, 1852, as Martha Jane Cannary in Princeton, Missouri.

In her brief autobiographical account, The Life and Adventures of Calamity Jane, she claimed that her parents, Robert and Charlotte, native Ohioans, decided to migrate west to Montana in 1865. The journey, however, proved to be calamitous for the family — and for Martha Jane’s future.

The next year, in Blackfoot, Montana, she lost her mother. After the tragedy, her father pulled up stakes again and moved to Salt Lake City. In 1867, he died.

Martha was the oldest of five siblings and claimed she took charge of the family, though there is some questioning by historians as to whether or not she really did so.

It seems that the childhood trauma of losing both parents at such a young age forced Martha Cannary not to grow up quickly but rather double down on juvenile behavior. This was the same for her siblings, who took to creating tall tales, embellished adventures, and plain fabrications of their youth.

Girl Culture explains that Martha soon relocated to Piedmont, Wyoming. It was during this time that she claimed that she became a scout for General George Custer and General George Crook, and had escapades with them during the Indian Wars of the 1870s.

None of this can be corroborated. This entire time period in Martha’s life is in a shroud of mystery. There are no photographs, no documents, and no other evidence to speak of.

In fact, contemporaries of Martha denied that she had been a scout in the army and that her only association with them had been as a camp follower and/or prostitute. Thus, much of the more adventuresome Calamity Jane stories have been refuted by historians. 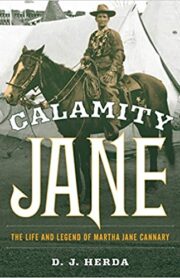 Calamity Jane: The Life and Legend of Martha Jane Cannary

“‘Calamity Jane’ seems to be a proper moniker for a woman whose life was tough, literally, from the day she was born until the day she died. At the same time, she was a survivor.”

2. Calamity Jane broke glass ceilings. Or did she?

It was also during this time that Calamity Jane claimed to be a Pony Express rider transporting U.S. mail between Deadwood and Custer, South Dakota. However, the Pony Express trail did not go to these areas, though it is notable that she lowercased “pony express,” so perhaps she didn’t mean the real Pony Express.

The Encyclopedia of Lawmen, Outlaws, and Gunfighters points out that she had other such claims, allegedly taking part in dangerous scouting missions under General Crook. There is no evidence for any of this except her own account.

In any case, Britannica tells us that in the years immediately after Salt Lake City she took on different types of jobs just to survive. These included being a cook, camp follower, dance hall girl, and prostitute.

It is likely that Calamity Jane was with the army, but not in any glamorous — much less action-adventurous — occupations. However, it is clear that by 1876, Calamity Jane had materialized in Deadwood, South Dakota, a town to whose lore she would become closely associated.

3. She probably did not have an intimate relationship with Wild Bill Hickok.

By the time Calamity Jane arrived Deadwood, the historical record shows that she was more or less a petty criminal.

The historian James McLaird, who devoted countless research hours to uncovering the myths of Calamity Jane in Calamity Jane: The Woman and the Legend, reveals that she had by 1876 become a chronic thief who regularly spent nights in jail for drunkenness.

She was at one point jailed for stealing another woman’s clothes, and on another occasion absconded a buggy, which she drove from Deadwood to Fort Laramie. She apparently turned a joyride jaunt into a long trek because she was rip-roaring drunk. She wasn’t arrested in this case since she was confronted by authorities outside their jurisdiction.

It was in Deadwood that Calamity Jane was known to have associated with the gunslinger “Wild Bill” Hickok. Much has been made in popular literature of the two having some sort of romantic relationship, but this seems to come from the fever dreams of dime novel hacks.

In her autobiography, Calamity Jane simply called Hickok a “friend,” although it is probable that they both arrived in Deadwood together, being in the same party.  She also claimed that she tracked down Hickok’s assassin, Jack McCall, to Shurdy’s butcher shop where she held him with a meat cleaver until he could be locked up.

This seems to have been a fabrication.

4. Calamity Jane married and had a daughter.

One legend concerning Calamity Jane was that she and Wild Bill had a daughter. This rumor started, according to Calamity Jane: The Woman and the Legend, not by Calamity Jane but by a woman named Jean McCormick, who in 1941 said that she was their daughter.

Her proof were diaries and letters which she claimed were written by Calamity Jane. The truth is, she made them herself. In fact, Calamity Jane was most likely illiterate. However, the fanciful claims of Jean McCormick would be later taken up by later pop culture since the concept of Wild Bill and Calamity Jane being an ill-fated couple have lots of Hollywood appeal.

The Life and Legends of Calamity Jane asserts that she married a man named Bill Steers in 1888, who was most likely the father to her real daughter, Jessie, born the prior year.

James McLaird pointed out that the marriage was not a happy one. Her husband physically abused her, and she had him jailed three times but still returned to him. At some point, they divorced or became estranged, and Steers went on to marry another woman in California.

The murkiness surrounding Martha Jane Cannary goes as deep as her nickname, Calamity Jane. In her autobiography she claimed to have earned the name through a dramatic act of heroism.

In 1872 or 1873 at Goose Creek, Wyoming, she asserted she was a scout who was part of an army campaign to quell Native American uprisings. In one skirmish, Captain Egan, her superior officer was shot. She bravely turned back and rescued him. She then wrote that the officer said to her, “I name you Calamity Jane, the heroine of the plains.”

Other origin stories are reported by The Real Dirt on America’s Frontier Legends. One was from the biographer Lewis Crawford, who said it had to do with her caring for those afflicted by smallpox.

More plausible is found in a 1901 St. Paul Dispatch article which stated that Cannary got the name “from a faculty she has had of producing a ruction at any time and place and on short notice.”

Another plausible spin on her name’s origin was given by George Hoshier, who was a friend of Cannary’s and a pallbearer at her funeral. He said her name came from the fact that “she was always getting into trouble.”

If she hired a team from a livery stable, she was sure to have a smash-up and have to pay damages when she got back. Why, if she’d got up to a fence rail, the durned thing would get up and buck. Calamity followed her everywhere…”

6. She made money with her autobiography, but spent it all on booze.

The idea that Calamity Jane was called that because she was plagued by disaster was probably reinforced early on by her incredibly self-destructive behavior.

Although good-natured and kind-hearted, she was a severe alcoholic and had taken to drinking since childhood. While according to James McLaird she did try to stop her dependency, her support network instead promoted her drinking.

This may be because Calamity Jane became very boisterous when drunk and probably knew how to have a good time. It was due to this constant state of intoxication that she often came into trouble with authorities. This self-destructive behavior also undoubtedly made her chronically destitute.

The Encyclopedia of the Great Plains explains that by the time she reached middle age, Calamity Jane became a B-list celebrity who was mainly famous for being famous. Sort of like a Kardashian who spat tobacco, swilled whisky, and was penniless.

To make do, she did talks about her dubious life story and earned royalties from her short autobiography. She gave much of this to friends and likely drank much of it away.

7. Calamity Jane’s grave was as controversial as her life.

Calamity Jane died on August 1, 1903 at age 47, due to bowel inflammation coupled by pneumonia.

Despite her young age, she looked far older due to a lifestyle that destroyed her body. She was given a funeral on August 4 to a packed crowd at the Deadwood Methodist Church and then buried at the Mount Moriah Cemetery near the grave of Wild Bill Hickok, and where Seth Bullock is also buried.

This immediately started to cause a buzz. According to McLaird, newspapers had reported that one of Martha’s last requests was “to sleep by the side of the man she first loved.”

The Hickok family and others who had been associates of Wild Bill protested where she had been buried. However, there was a photo of Martha taken shortly before her death visiting Wild Bill’s grave. It seemed to give life to the legend.

A legend which never was.