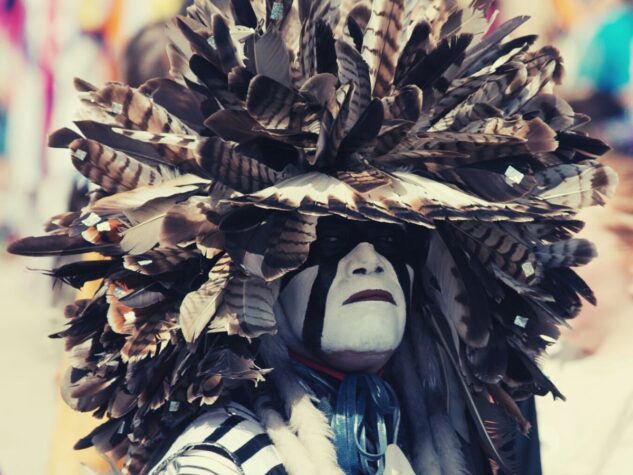 The Cheyenne’s Dog Soldiers, one of the most famous groups of Indigenous warriors in North America, fought until the very end.

The Cheyenne people are synonymous with the Great Plains, but to the uninitiated, it may come as some surprise that they originally lived in Minnesota in the 16th century.

In fact, even in Minnesota other tribes looked at them as foreigners. While they called themselves Tsistsistas, the Sioux called them the Cheyenne, which essentially means “foreign speakers.”

In the 18th century, the then-horseless Cheyenne migrated west, forming alliances with the Lakota until coming into the region of the Dakotas. There, they adopted the horse, turning toward the nomadic way of life for which they became famous.

It was during this time that a semi-legendary prophet named Sweet Medicine entered a cave in the Black Hills. He apparently received visions, as well as four sacred arrows. Historians and anthropologists still puzzle over how much of Sweet Medicine’s story is historical fact, or simply mythology.

It is true that by the 19th century, there was a complete reorganization of Cheyenne society. It became the Cheyenne nation, and part of it would lead to the creation of the Hotamétaneo’o, better known as the Dog Men, Dog Warriors, or the Dog soldiers.

Here are seven facts about the Cheyenne Dog Soldiers you may not know.

Sweet Medicine separated Cheyenne’s civil and military governments. Chiefs were each responsible for local affairs and the well-being of their people. Governing as a whole was in the hands of a Council of Forty-four chiefs who were elected every ten years.

Partially to enforce the laws of the council and also to maintain the peace and hunting grounds, Sweet Medicine had also created military societies. These were led by war chiefs and their purpose was to ensure that the social norms of the tribe were being followed.

According to Cheyenne Memories, the Dog Men, or what was also called the Dog Soldiers, appeared after Sweet Medicine had already established the first four. With their genesis comes an intriguing founding myth. 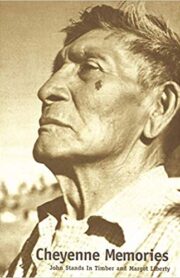 “The effort of the author is of a rare kind and the result is also a rare one: you can learn the history of a native nation from the inside.”

2. Legend has it that the Dog Soldiers were really founded by dogs.

The origins of the Dog soldiers are shrouded by myth.

Legend holds that this military society was founded when an unaccomplished warrior, who had evidently been selected by Sweet Medicine, insisted that he could start his own military society.

Because of his lower status and the fact he was not a medicine man, he was maligned by the rest of the tribe. The depressed man then prayed and sang sacred songs. As described by the myth, “…now and then the large and small dogs throughout the camp whined and howled and were restless.”

He sang through the night and in the morning, led the dogs away from the camp with his song like the Pied Piper of Hamelin. He then led the dogs down to a river, where they gathered in a circle about him.

Magically, a lodge materialized about him and the dogs rushed into it, transforming into men who were dressed in the garb of what would mark the Dog Warriors.

This miracle was soon reported back to the Cheyenne, who told Sweet Medicine. The prophet asserted he knew all about it.

The Dog Soldiers of the Cheyenne were tremendous warriors.

To make themselves even more fearsome, they painted themselves and their horses. When going to war, four chosen Dog Soldiers carried dog ropes or sashes. These were made of rawhide and porcupine quills and decorated with human hair.

This rope was worn over the right shoulder and meant that the warrior could take the rope and pin himself to the ground with one of three sacred arrows they carried. This indicated that they would fight to the death and not give an inch.

Dog Soldiers also wore one of the most striking and renown of all the garb of the Old West — upright feathered war bonnets. These bonnets had immense cultural importance not only to the Cheyenne, but to other Plains tribes as well.

Typically, non-Native Americans have often misunderstood bonnets, thinking that they signified leadership positions. The truth is that the bonnets were worn by warriors, not chiefs. They were also worn only when going to war against a significant enemy or during important ceremonies.

To receive a bonnet meant recognition that you were a great warrior. Great Plains Quarterly noted that the Dog Warriors wore atypical bonnets composed of raven or crow feathers. These were set so they all pointed upward but were also jumbled in different directions.

Early on, the tips of these feathers also featured plumage from smaller birds, until it was replaced in its final form by red down. In the middle of the bonnet, running down to the back, were black and white eagle feathers. Later, during the wars with the United States, the Dog Soldiers modified the bonnet so that it was made up of upright, encircling eagle feathers.

4. Dog Soldiers were militant against settlers.

As the 19th century passed and the tide of white settlement grew, the Dog Soldiers became one of the most outspoken voices against white incursions.

They would refuse to sign treaties like the 1861 Treaty of Fort Wise, which established reservations for the Cheyenne with the Arapaho. Obviously, early on the Dog Soldiers did not speak for all the Cheyenne. However, their militancy and the fact that they led raids into American settlements caused some of the Cheyenne to view the Dog Soldiers as outlaws.

Dog Soldiers had their own ceremonies and in 1837 separated from the rest of Cheyenne society. This separatist movement was led by Porcupine Bear, who was in effect exiled from the Cheyenne over a violent incident which alienated all of the Dog Soldiers.

In doing so, however, Porcupine Bear succeeded in transforming the Dog Soldiers from just a military society to its own camp, a separate group apart from the Cheyenne. Young men were attracted to Porcupine Bear and soon migrated to join him.

This made them more cohesive and certainly they grew more powerful in comparison to the other military societies of the Cheyenne. This also helped lead to the breakdown of traditional Cheyenne matrilineal society. Where husbands would traditionally move into the camps of their wives, the Dog Soldiers did the opposite.

The Dog Soldiers remained at the periphery of Cheyenne politics until November 29, 1864. On that date, Colonel John Chivington led a raid ostensibly to avenge Dog Soldier attacks.

His troops rampaged into a peaceful Cheyenne village on the edge of reservation land, killing approximately 150 men, women, and children. Body parts were taken as trophies.

As Smithsonian Magazine put it, “Sand Creek was the My Lai of its day, a war crime exposed by soldiers and condemned by the U.S. government. It fueled decades of war on the Great Plains.”

An army interpreter later recalled, “the men used their knives, ripped open women, clubbed little children, knocked them in the head with their guns, beat their brains out, mutilated their bodies in every sense of the word.”

Chivington marched in triumph through Denver with 100 scalps.

To the Cheyenne, this was proof that the Dog Soldiers had been right all along. Many now joined the Dog Soldiers, including the prominent warrior Roman Nose –– as well as many Arapaho.

Where the United States once benefited from the disunity among the Plains Tribes, the events at Sand Creek worked to galvanize a powerful opposition force. This would lead to fierce warfare for decades. In fact, the Sand Creek Massacre could be said to be the beginning of the wars of the Great Plains.

These conflicts ultimately ended in tragedy.

6. The Battle of Beecher Island was the beginning of the end for the Dog Soldiers.

The Dog Soldiers led the resistance, refusing to give up their land. They forged an alliance of Cheyenne, Lakota, and Arapaho who wanted to avenge the Sand Creek Massacre.

They led raids into Kansas and Colorado. On September 7, 1868, a large party of Plains tribesmen, likely numbering several hundred, led them against a contingent of fifty scouts on a sandbar in the Arikaree River in Colorado. These scouts, who were citizens and not career soldiers, were under the leadership of Major George A. Forsyth.

They withstood several attacks from the tribes, while sustaining seven killed and eighteen wounded. The tribes took casualties, including Roman Nose, who while not a Dog Soldier himself, nevertheless led them into battle. This defeat took the wind out of the Dog Soldiers.

A more important defeat occurred at the Battle of Summit Springs on July 11, 1869, where Chief Tall Bull and his Dog Soldiers were overrun by U.S. cavalry and their village taken. This marked the end of Cheyenne resistance upon the southern Plains.

At this battle was “Buffalo Bill” Cody, who would later integrate this battle into his famous Wild West Show.

At Summit Springs, many of the artifacts of the Cheyenne were seized, including a ceremonial pipe that belonged to Tall Bull.

About a century later, a delegation of Cheyenne visited the Smithsonian Museum, which had acquired the pipe, to demand it back. Their demand was denied, although they were allowed to look at the artifact. While there, they learned that the museum also had the remains of thousands of Native Americans.

Outrage at this led to the National Museum of the American Indian Act in 1989 and in the next year the Native Graves Protection and Repatriation Act. These laws helped to restore Native American artifacts to the the tribes.

Today, the Northern and Southern Cheyenne still have military societies, including the Dog Soldiers, which has seen a revival. Many elements of their militancy and bravery still carry through to this day, with whispers of the society still passing on its ideals of never giving up to the next generation.

The Real Story of Doc Holliday and Big Nose Kate

Curly Bill Brocius: Was He Really Shot and Killed by Wyatt Earp?

The Real Story of Doc Holliday and Big Nose Kate

In 1877 Fort Griffin, Texas was at the height of its boom. The military post had been an…

Curly Bill Brocius: Was He Really Shot and Killed by Wyatt Earp?

William “Curly Bill” Brocius was only on Arizona’s Old West scene for a little more than three years,…

Johnny Ringo was a charismatic, B-list thug with an A-list reputation in American West history. Best known as…