The Real Story of Doc Holliday and Big Nose Kate 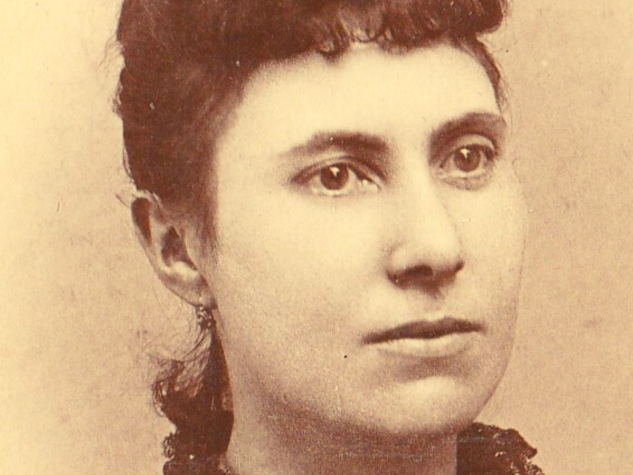 In 1877 Fort Griffin, Texas was at the height of its boom. The military post had been an important center of operations in the Red River War.

This military campaign reached its zenith in 1874-75 with the defeat of the southern Plains tribes such as the Comanche, Arapaho, Southern Cheyenne, and Kiowa by the U.S. Army.

This grew as the great longhorn cattle drives passed through Fort Griffin on the Great Western Cattle Trail to Dodge City. The town of Fort Griffin, also dubbed the “Hide Town” or the “Flat,” was lively and filled with gambling palaces, boisterous bordellos, and not a little sin.

This town attracted the likes of two characters who met and developed one of the most fiery anti-romances of the Wild West. The gambler John Henry Holliday, better known as “Doc” Holliday, and the prostitute Mary Katherine Horony (sometimes Haroney) a.ka. known popularly as “Big Nose Kate” met at Fort Griffin in 1877.

Their relationship is a mirror of the booms and busts of what life was like in the Wild West. Let’s take a look at their story. 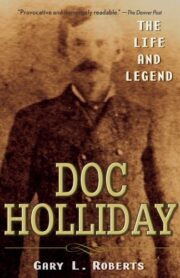 Doc Holliday: The Life and Legend

“Readers will find much new material on many well-known figures and episodes, and this reviewer found the bringing of Doc’s sometime paramour Big Nose Kate to life particularly poignant.”

The woman who became known as Big Nose Kate was born as Mary Katharine Horony in Budapest, Hungary on November 7, 1850.

According to Erika Owen’s “Lawbreaking Ladies,” her father was a well-regarded physician who provided a strong education to his daughters. She could reportedly speak several languages and was well-read. In 1862, her father was appointed as the personal physician of the Mexican emperor Maximilian I.

The family relocated to Mexico where it met its first tragedy when Kate’s mother died. Then in 1865 Maximilian was overthrown and the family fled to Davenport, Iowa of all places. There her father died leaving her a teenage orphan. She was placed into a foster home but left at age 17.

She then ended up enrolling in a convent school, graduated, but religion wasn’t for her. She drifted to Dodge City where she became a sex worker at a brothel owned by Nellie “Bessie” Earp who was sister-in-law of the famous Virgil Earp. By this time she had taken the name Kate Elder.

It is unknown why Kate chose this life. She certainly had to make ends meet, but there is also the sense that she enjoyed the excitement and wildness of the wild west. She had a blazing temper, was independent, and a hard drinker. She also earned the insensitive nickname “Big Nose.”

Some sources state that this was because Kate was just very much into everybody’s business, but as Chris Enns’ Wicked Women points out, she did have a large “determined” nose. Either way, it is said she took the nickname well.

He was born on August 14, 1851 in Griffin, Georgia to middle class parents (his father was a druggist). They imparted genteel manners upon the boy. Holliday attended the University of Pennsylvania’s College of Dental Surgery.

He graduated in 1872 but due to poor health (he had contracted tuberculosis), moved west believing that the arid environment would help him. He first ended up in Dallas. It was while he was there that he found his life’s passion for gambling and a willingness to settle matters at the table through violence.

According to “Gambling Gunfighters of the Old West,” he got into his first gunfight with a saloonkeeper where neither hit the other. After this episode he gave up dentistry. He found himself drifting through the Old West playing faro and poker. In the process, he gained a reputation for being a chronically hard drinker and a tough fighter who regularly settled gambling disputes with a knife or pistol.

When Doc Holliday met Big Nose Kate at Fort Griffin in 1877, likely at a bordello, sparks erupted. It seemed unavoidable since their two characters were so similar. Both were educated and conversely both were wild. These two stood out from your run of the mill Old West outlaws. Kate and Doc were drawn to one another from the start.

Doc Holliday and Big Nose Kate had, to put it in modern and mild terms, a dysfunctional codependent volatile relationship. One possibly apocryphal episode, related by “Gambling Gunfighters of the Old West” illustrates how this worked.

At Fort Griffin, Doc got into a dispute with another gambler named Ed Bailey. During a poker game, Bailey had been picking up and examining the discards, which was a violation of poker etiquette. Doc warned him twice to knock it off, but when Bailey did it again Doc simply raked in the pot. Bailey went for his gun.

Doc went for his knife.

The result was a disemboweled Bailey sprawled across the poker table.

Doc Holliday was arrested and tossed into jail while friends of Bailey organized a lynch mob. Believing that the sheriff would turn Doc over to the mob, Kate set a shed on fire to create a diversion.

She then, at gunpoint, forced her way into the jail and made the one remaining guard set Doc free. The two escaped on stolen horses.

Kate and Doc Tried to find Redemption in Dodge City

For unknown reasons, the pair made their way to Dodge City in 1878.

“Gambling Gunfighters of the Old West” states that their intent was to give up their lawless and immoral ways. Doc was to hang his shingle as a dentist while Kate was to give up prostitution. They took rooms under the names Dr. and Mrs. John H. Holliday.

Did they get married?

There is no evidence that they did, and some sources simply call Big Nose Kate, Doc’s “common law wife.” In any event while Doc did set out to practice dentistry again he ended up spending more time gambling. While playing faro at the Long Branch Saloon, Doc met up with Wyatt Earp who was then working as a lawman and they became friends.

In fact, Earp credited Doc with saving his life from two cowboys who got a jump on him. It is unclear what happened next since there are several variations of the story. In one account Wyatt lured Doc to move to Arizona due to the discovery of gold in the territory.

Another account has Doc going to Las Vegas first. In any event, Kate and Doc by this point were done with each other. Kate ended up in Prescott Arizona working at a bordello.

Eventually, Doc did make his way to Arizona. He was Tombstone bound but first stopped in Prescott where he reunited with Kate. It must have been a happy reunion since she joined him to Tombstone.

It also helped that Doc had won $40,000 at the table. The pair arrived in Tombstone in 1880. Kate used part of the winnings to open a “sporting house” complete with working girls and rotgut whiskey.

Doc as usual gambled as well as got entangled in a burgeoning feud between the Earp and cowboy factions. Doc, being a friend of the Earps, was on their side, and his additional presence further destabilized the situation.

Meanwhile, Doc and Kate’s relationship had grown even more volatile. “Women of the Western Frontier in Fact, Fiction, and Film” describes how Doc grew violent when he drank and had assaulted Kate leaving her with a black eye and swollen lip. Then in 1881, after another savage brouhaha, Doc kicked Kate out of his apartment.

The cowboys saw their opportunity.

Kate Pulled a Fredo on Doc

On March 15, 1881, several men attempted to rob the Wells Fargo Benson-to-Tombstone stage. In the process they killed the driver and a passenger. Rumors fluttered about that Doc had taken part in the crime.

Sheriff Behan and his deputy found Kate in a drunken stupor ranting about Doc. They kept the drinks coming and then convinced her to sign an deposition which swore that Doc had committed the crime. This went further according to the Encyclopedia of Lawmen, Outlaws, and Gunfighters.

On July 5, Kate testified before Judge Wells Spicer that Doc had participated in the murders. Another version of this story has Kate repudiating the affidavit once she had sobered up. Either way, the damage was done.

Doc would be released at the request of the attorney general. He immediately gave up any hope of reconciliation. Kate left town after being given a wad of cash by Doc.

Was Kate there for Doc after the OK Corral?

It seems certain that Kate and Doc never met again.

However, many years later, Kate would claim that she reconciled with Doc. She would state that after leaving Tombstone she took the stage to Globe and from there turned back to return in order to reconcile with Doc. Thus, she claimed that she was present during the gunfight at the O.K. Corral at 3:00 pm on October 26, 1881 which resulted in three dead and an injured Doc Holliday.

As an old woman, she would later recount Doc’s reaction to the day’s events. She claimed that they were staying at a boarding house ran by C.S. Fly and the injured Doc came in. She said that he returned to the room, broke into sobs and cried, “That was awful, just awful.”

Aside from Kate’s later statements, there is no corroborating evidence to support this. It seems highly unlikely that the pair could possibly have reconciled after the stage robbery fiasco. Rather, this seems to be Kate putting her own spin on events in her senior years and puffing up her own role.

Kate would later claim that she was present for Doc’s death, but there is no evidence to support it. As with many of the episodes and characters of the old west, fact and fable become mixed. The likelihood is that the two never met again after Tombstone. Perhaps Kate felt in some ways guilty for testifying against Doc. It is unknown if Doc after felt guilty about abusing Kate.

In 1888, Kate married a blacksmith named George M. Cummings. The two lived in Cochise, Arizona. No details are known of the marriage except that Cummings died by suicide in 1915.

She then hitched up with a man named John Howard with whom she lived with until his death in 1930. In 1931, she entered the Pioneers’ Home, a care facility for the elderly. She died in 1940 at age 90 and was buried at the facilities cemetery under the name, Mary K. Cummings.