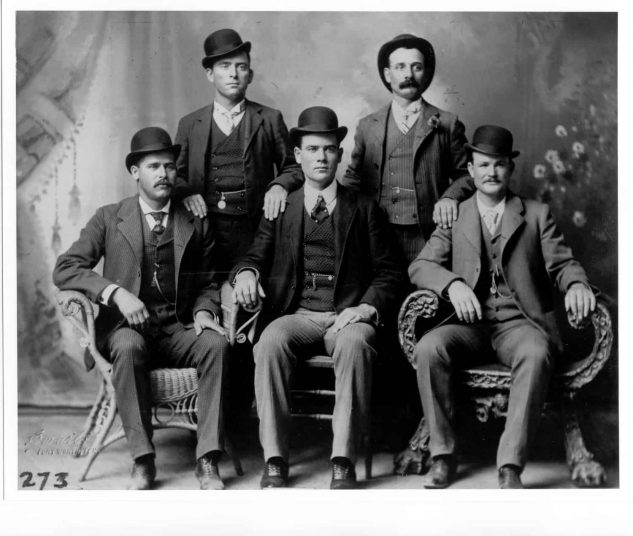 The American West’s most notorious train robbers include a violent killer, members of organized gangs, and criminals who perished in dramatic shootouts with police.

When you think of law enforcement in America, local police, detectives, and FBI agents probably come to mind. But there’s a large and fascinating wing of American law enforcement that you’re probably not aware of: The Railroad Police.

Each year, 500 cadets travel to Mississippi to learn how to keep America’s railways — and the cargo and people who ride them — safe. America’s Railroad Police might be the least known cops in America, but that doesn’t mean they’re not important. With billions of dollars in cargo transported via rail in the United States each year, this specialized team of officers protects a vital part of American commerce.

The legacy of the Railroad Police dates back to the mid-1860s, when rail lines began to extend westward into the American Frontier. Railroads were crucial for bringing money, goods, labor, and connection to and from this new and exciting part of the country.

However, unsavory characters quickly learned that railcars were easy and highly lucrative targets. While there’s a modern affinity and fascination for the subject of train robbery, it’s important to point out that the crimes these rugged men perpetrated often included murder.

In 1878, the infamous Hole-in-the-Wall Gang successfully tried their hands at train robbery with a Union Pacific train outside of Carbon, Wyoming. When a detective and deputy sheriff caught up with the gang two days later, they were shot and killed.

Dramatic and deadly incidents like this one inspired railroad companies to hire security officers to protect their interests. However, that extra layer of security couldn’t always prevent ambitious thieves from pulling off dramatic and deadly train heists.

Butch Cassidy, the Sundance Kid, and the Wild Bunch

Butch Cassidy’s famous life of crime began with a series of brazen bank robberies in Colorado and Idaho in the late 1800s. By the time the Wild Bunch gang was formed shortly before the turn of the century, Cassidy had earned an unconventional reputation for being generous and unthreatening to ordinary people.

He was even described as being the “best man” many of his criminal contemporaries had ever encountered, according to biographer Charles Leerhsen. With Cassidy as their leader, Harry Longabaugh — who the world knows as the Sundance Kid — and the rest of the Wild Bunch executed some of the most successful train robberies in history.

Their first heist was in 1899 with a Union Pacific train outside of Wilcox, Wyoming. Following the recommendations of Railroad Police officers, trains stored valuable cargo like gold and cash in heavy duty safes.

Well aware of this fact, the Wild Bunch came prepared with dynamite.

After blowing up two of the train’s safes, the ragtag gang made off with more than $50,000. While it’s not known whether Cassidy himself showed up in person to the crime, he is credited for engineering it and sharing in the spoils. 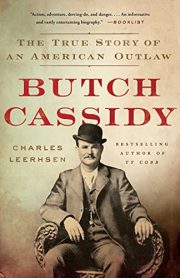 Butch Cassidy: The True Story of an American Outlaw

“Although he robbed stagecoaches and trains, he never robbed the passengers. Well-spoken and bookish, one wonders what his life would have been if he had been born in more auspicious circumstances.”
– Amazon review

A year later, the crime was repeated almost exactly on another train in Wyoming, only Cassidy is said to have likely been present for it. These two train robberies alone are estimated to have netted the gang more than $3 million in today’s dollars.

The Wild Bunch robbed one more train in Montana, but like the group’s other heists it’s not clear whether Cassidy masterminded the crime from afar or participated in it himself.

With the Sundance Kid in tow, Cassidy decided the best way to spend his money without getting hanged or imprisoned was to flee south to Argentina. They evaded the law for six years until the Bolivian police finally caught up with them after a payroll robbery.

According to historians, Cassidy shot the Sundance Kid before turning the gun on himself. However, not everyone at the time agreed with that version of events, namely Cassidy’s sister, Lula Parker Betenson.

She claimed until her death that he visited her in 1925 and was living under a different name. Other accounts backup this version of events, and there are stories of Cassidy hunting for loot he’d buried across the west alone for decades until his death.

While today Butch Cassidy is remembered as a thoughtful Robin Hood-esque character who never posed a threat to everyday people, Jesse James and his legacy couldn’t be more different.

At the height of his power and influence, homesteaders feared the wrath of James and his gang so acutely that many decided not to settle in his home state of Missouri. While Cassidy and the Wild Bunch were career criminals that sometimes resorted to killing lawmen in defense, James’ brief life of 34 years was defined with violence that is said to have been a reaction against the way he and other confederate sympathizers were treated after the Civil War.

The First Robbery of a Moving Train

James and his gang are credited for pulling off the world’s first armed robbery from a moving train. During this heist in the early 1870s, the gang wore KKK uniforms while they loosened the track and tied a rope to it in Adair, Iowa.

The train was derailed so violently that the engineer was killed. Alongside his younger brother, James held up the expressman at gunpoint and took $3,000. Led by James, the gang went on to rob passengers and plunder safes on other trains over the following years.

But while executing the world’s first robbery on a moving train is certainly a bizarre and remarkable achievement, it’s not his only notable feat. He married his cousin, survived not one but two separate instances of being shot, and brazenly robbed a state fair with his gang.

While James is famous for executing the world’s first train robbery in Iowa in 1873, a shocking incident involving him and a train occurred nearly a decade before that. James was considered to be a confederate guerilla, someone who fought for the interests of the south but not in an official capacity.

Guerilla fighters were feared for their brutality and unorganized tactics. Union soldiers visited the James farm in search of information about the guerillas. The soldiers are reported to have threatened and injured members of the James family.

During a raid a year later, James was shot in the chest during a raid but miraculously survived. Later that year, with revenge surely on his mind, he took part in the Centralia Massacre, when guerillas stopped a train carrying Union soldiers.

Over 20 soldiers were captured and executed. Just hours later, James and the guerillas mutilated and killed 100 soldiers at the Battle of Centralia. James took credit for killing the Union commander himself.

In 1882 he met his demise when he was shot by the outlaw Robert Ford on the order of Missouri’s governor.

Active for a brief but turbulent period between 1890-1892, like most train robbers, the Dalton Gang also stole from banks. The gang was led by Bob Dalton, who is rumored to have killed a man for “trying to take away his girl.”

Bob Dalton’s anger wasn’t confined to the men he thought might pose a threat to his romantic relationships, but was also directed at the Southern Pacific Railroad. In the 1890s, local farmers raged against the railroad company over land disputes, and Bob sided squarely with the farmers.

Some believe this beef led to the gang’s interest in train robbery. On February 6, 1891, the gang tried — and spectacularly failed — to rob a Southern Pacific train heading to Los Angeles. Bill Dalton shot bullets over the heads of passengers to intimidate them while the rest of the gang attempted to force the engineer to reveal which express car was carrying cash.

When he tried to escape, he was shot and killed. The gang eventually found the car on their own and found a tenacious armed guard who fired at them. After a shootout, the gang gave up and rode off.

Their Next Round of Train Robberies

This terrible first try at train robbery got two members of the Dalton Gang arrested. After recruiting new members, they successfully robbed a train in May 1891 and stole $1,745. That following September, the gang stole $2,500 from a Missouri-Kansas-Texas Railway express car that was traveling through Indian Territory.

During roughly the same time as this robbery, one of the arrested Dalton brothers made a dramatic escape from police by breaking out of his handcuffs and jumping out of a moving train before traveling back to Oklahoma and rejoining the gang.

In June 1892, the Dalton Gang waited at a station in Red Rock, Oklahoma for a train to rob. When one arrived without any lights shining from the coach windows, they grew suspicious and decided to wait for another one.

While the gang only lifted about $50 in cash and jewelry from passengers, their intuition about the first train proved correct when they later learned it was transporting $70,000 and was filled with armed guards.

During the gang’s next heist a month later, they robbed a station and waited brazenly out in the open holding shotguns for the next train. One arrived filled with deputies that were all located at the back of the train.

After the Dalton Gang dealt with a lone armed guard and quietly relieved the express car of its valuables, the deputies eventually caught wind of what was happening and drew their guns.

Two guards and an innocent bystander were killed, but the Dalton Gang escaped unharmed and $17,000 richer. With a $5,000 bounty placed on each member of the gang’s heads, the Dalton Gang was fiercely pursued by the law after this robbery.

However, this didn’t keep the gang from executing a huge bank heist later that fall, a theft that would kill four of the outlaws and land the fifth member of the Dalton Gang seriously wounded and in prison.

Learn more about other outlaws and lawmen in the American West: