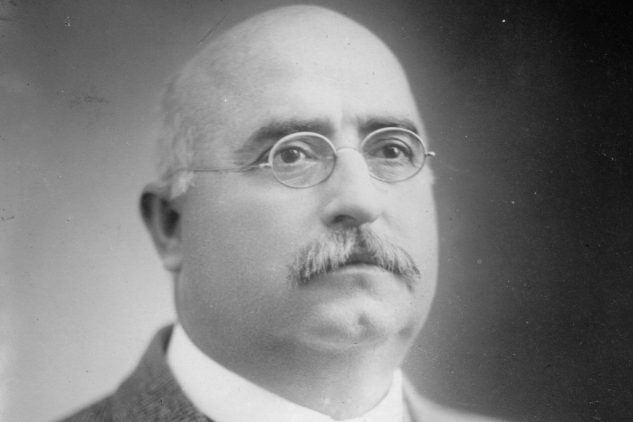 A career politician in the state of Arizona, George Hunt served in both the Arizona Territorial Council and Legislature before Arizona became a state in 1912. Hunt also presided over the Arizona Constitutional Convention as the elected president in 1910.

George Wiley Paul Hunt was born on November 1, 1859 in Huntsville, Missouri to parents George Washington and Sarah Elizabeth Yates Hunt. The Hunt family was once prominent in Missouri. The town of Huntsville was named for George W.P.’s grandfather, Daniel Hunt.

However, the family lost most of their standing during the Civil War and George grew up impoverished.

George attended local public and private schools during his childhood. According to Huntsville history, George ran away from home in 1878 and for the next three years his family had no idea what had happened to him. Supposedly, he ran away because his mother desired for him to become a doctor.

Town history states that his family thought he had died. After leaving home, Hunt spent time traveling through Kansas and the Rocky Mountain region. He never went on to pursue higher education.

By 1881, Hunt found his way to Globe, Arizona, “leading two burros” that carried his only possessions on their backs. Hunt worked in a variety of jobs over the next 10 years in Globe.

His first job was as a waiter, “slinging hash,” at Pasco’s Restaurant. After some time in the restaurant industry, he supposedly worked as a mucker in the mines and as a cowboy before working as a delivery boy and clerk for A. Bailey and Company general store. 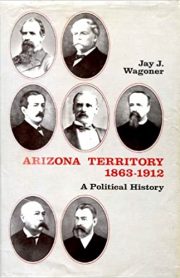 Hunt was interested in history and politics and enjoyed studying both. In 1890, Hunt made his first foray into politics when he ran unsuccessfully for the position of county recorder. In 1892, he found success in his new career path when he was named to the Territorial House of Representatives.

Hunt’s personal life began to flourish around this time as well.

On February 24, 1904, Hunt married Helen Duett Ellison. Ellison was raised on a ranch in Gila County, Arizona. Her father, Jesse “JW” Ellison, was a Texas ranger during the Civil War and moved his family to Arizona in the 1880s.

Jesse Ellison bought a large tract of land and named it Q Ranch, which still exists today. According to the Ranch’s history, Helen “Duett” was her father’s right hand man while living on the ranch.

She could “act the part of the lady when need be, but she could also ride, rope and shoot.” She also planted a fruit orchard on the property. Today, there is a bed and breakfast on the property and the official drink of the Q Ranch is named after her: the Duetta.

On June 26, 1905, the couple had their first and only child, Jessie Virginia Hunt. George Hunt’s political career continued to soar after his work with the Territorial Council. In 1910, Hunt was elected president of the Arizona Constitutional Convention that took place in Phoenix, Arizona in October of that year.

The convention eventually led to Arizona’s statehood and in December 1911, George W. P. Hunt was elected the newly formed state of Arizona’s first governor. On February 14, 1912, Hunt was sworn into office, the day Arizona became a state.

Hunt was supportive of various political reforms. He believed in restricting child labor, wanted to curtail the power of large-scale corporations and sought to “democratize the political system.” He also wanted to improve the prison system, actively spoke out against capital punishment, and worked to eradicate the death penalty.

Hunt served three terms as the governor of Arizona before, in 1920, President Woodrow Wilson appointed him the Minister to Siam. He served in the position until 1921, when President Harding replaced him. After he returned to Arizona from his overseas position, Hunt began his fourth term as Arizona’s governor.

During his next few years in office, Hunt campaigned successfully to retain water rights to the Colorado River for the state of Arizona. Overall, during his time as governor, countless reforms were passed for the betterment of the lives of the people of Arizona.

During his tenure, institutions like the state law library and the Bureau of Statistics were established. Hunt also oversaw the implementation of programs to pave and expand highway systems throughout the state with the use of convict labor. He passed pension plans for teachers and signed off on the creation of the State Bureau of Mines.

Hunt possessed a pioneer spirit, was enthusiastic about giving back to his state, and believed in largely unpopular reforms, including women’s suffrage. A physically large figure, a populist and progressive, George W.P. Hunt played a major role in establishing Arizona as a state and aided in bringing state policies forward into the 20th century.

Hunt and six of his family members (his wife Helen, their daughter Virginia and her husband William, his father and mother-in-law Jesse and Susan Ellison, and his sister-in-law Lena)  are buried in a pyramid-shaped structure — constructed by builder Del E. Webb — known as Hunt’s Tomb.

The burial place is located on a hill overlooking the Salt River Valley in Papago Park in Phoenix, Arizona. The tomb is a landmark and listed on the National Register of Historic Places.

Learn more about early Arizona history and its colorful cast: