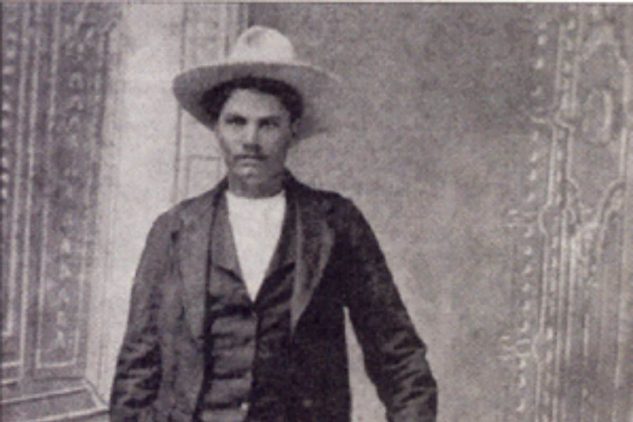 John Wesley Hardin was one of the Old West’s most notorious killers: a ruthless outlaw who once killed a man just for snoring.

A murderer to most, a folk hero to some, but one of the true legends of the Old West was the violent gunslinger John Wesley Hardin. Over the past centuries, Hardin made many appearances in literature and film, from Larry McMurty’s Streets of Laredo to numerous appearances on television where he has been loosely portrayed.

Heck, his business card was even featured in Pawn Stars.

And those of a certain age may remember Hardin from old Time-Life book commercials which prominently featured the cold-blooded gunslinger for shooting a man just for snoring.

Let’s take a look at eight interesting facts about one of the Old West’s most infamous outlaws.

1. John Wesley Hardin’s dad wanted him to be a preacher.

It may come as a surprise, but one of the most prolific killers of the Old West was named after a man of the cloth.

John Wesley Hardin was born in Bonham, Texas in 1853. His father, Reverend John Gibson Hardin, and mother, Mary Elizabeth Dixon, had high hopes for their second son, whom they named after John Wesley, the founder of the Methodist branch of Protestantism.

Wes, as he was usually called according to A Lawless Breed, was a beloved child. In classic enabler fashion, his family discounted or at least excused the many murders their son seemed destined to commit, believing his excuse that they were all in self-defense.

It’s true that Wes Hardin grew up in dangerous times: he witnessed his first murder at the age of eight.

He was also a child of the Civil War (Hardin wanted to enlist in the Confederate army at age nine), followed by the unstable period of Reconstruction.

But excusing what were at least 20 murders – Hardin himself claimed 44 – is difficult at best.

By Hardin’s account, his first major act of violence occurred when he stabbed one classmate nearly to death in a fight that involved a girl.

Hardin’s first murder was in 1868, when he killed a freedman known as “Maje” who was named after his former owner, Claiborne C. Holshousen , nicknamed “Major.”

The two had apparently been involved in a wrestling match that turned heated, and nearly deadly. They were separated, but later Hardin on his horse, “Old Paint,” overtook Maje on the road.

According to Hardin, Maje accused him of cowardice. He then proceeded to chase Hardin with a stick and attacked. Hardin then shot him and fled the scene looking for help. With help, Hardin returned to find Maje mortally wounded. Hardin then fled because Union soldiers occupied Texas at that time, and he believed he would not receive a fair trial for killing an African American.

Another account recorded by a Freedmen Bureau Agent, however, described how Hardin shot Maje simply because the freedman objected to Hardin’s abuses. While in the antebellum South Hardin may have expected leniency on the part of white authorities, this was no longer the case. 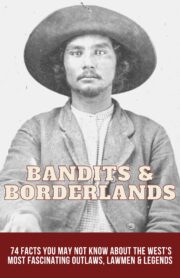 Get the best of OldWest.org all in one place with Bandits & Borderlands: 74 Facts You May Not Know About the West’s Most Fascinating Outlaws, Lawmen & Legends.

Get Your Free Ebook

3. John Wesley Hardin carried his guns in an unusual manner.

Part of his secret was the unorthodox way in which he carried his guns. According to Great Gunfighters of the Wild West, Hardin used shoulder holsters instead of carrying his pistols at the waist. Moreover, the handles faced inward.

When drawing, Hardin would therefore cross-draw by plunging his hands into his vest and pulling the weapons out. This design, which is still used today, is often credited as his own invention.

Legendary Texans notes that this gear, as well as the unorthodox technique, may have helped him get the jump on the legendary Wild Bill Hickok in 1871. The story, which is likely apocryphal, says that Hickok tried to arrest the young gunfighter, but Hardin got the drop on him.

The two then struck up a brief and unlikely friendship, which Hardin finally broke off after believing Hickok was going to kill him to burnish his own reputation.

Wes Hardin never formally joined a gang, though at different points in his notorious career he certainly had associates.

He made his way in the world as a cattle hand, drifter, and gambler. In the process, he murdered many people. Nobody knows quite how many, in fact.

As mentioned, Hardin himself claimed responsibility for 44 murders. In 1871, he killed the Waco town marshal and fled the authorities, finding work on a cattle drive. Subsequent killings of at least five cattle rustlers continued to build up his deadly reputation.

In one memorable incident, Hardin was staying at the American House Hotel in Abilene, Kansas in 1871 when a man named Charles Couger slept in the adjoining room. The man was snoring loudly, so Hardin yelled through the thin walls for him to roll over. When the snoring continued, Hardin shot through the wall several times to startle him awake.

When no sound at all came, Hardin realized he must have shot too low.

He would later say:

Hardin did not become truly prominent until May 26, 1874, when he killed deputy sheriff Charles Webb in the town of Comanche, Texas. Hardin, who was drunk, was celebrating his 21st birthday after having won betting at horse races.

The altercation between the two occurred stemming from cattle disputes. Hardin would swear later that Webb had sworn to kill him. Whatever the case, Hardin was obnoxious and aggressive, which led to a fight in which Hardin shot Webb and two of his friends.

The townsfolk were so outraged that they lynched Hardin’s brother and cousins. He would then go on the run for three years, and a $4,000 bounty was placed on Hardin’s head.

5. John Wesley Hardin was finally caught by his suspenders.

After Webb’s murder, Pinkertons and Texas Rangers had been fast on Hardin’s trail.

Finally, in 1877, a group of Rangers led by John Armstrong tracked him down to Pensacola, Florida. The fugitive was hiding with his wife’s family under the name J.H. Swain.

Armstrong found the outlaw seated in a passenger train with some of his fellows. Armstrong drew his Colt, ordering the group to surrender.

Hardin, possibly recognizing the Colt for its prominence among the Rangers, purportedly exclaimed, “Texas, by God!”

Hardin reached into his coat to draw his weapon but it got tangled in his suspenders. One of Hardin’s confederates shot off Armstrong’s hat. In retaliation, Armstrong shot him through the heart.

Hardin then kicked Armstrong back into a seat, but the Ranger countered by pistol-whipping the desperado in the head. Wes Hardin fell unconscious and was captured at long last.

He was brought back to Comanche to stand trial.

6. John Wesley Hardin wasn’t punished as severely as you might think.

The trial of Wes Hardin took place over the course of two days in Comanche, in late September, 1877. While Hardin had purportedly committed many murders, he was only tried for the death of Charles Webb.

He was sentenced to 25 years in prison, which was upheld despite appeals on technical grounds by Hardin. Considering the era and the crime, it seems remarkable that Hardin was only sentenced to a quarter of a century in the penitentiary.

He was sent to Huntsville, Texas, where he attempted to escape several times, after which he was duly punished. According to historian Leon Claire Metz, prison records indicate that Hardin was cited with “Mutinous conduct, conspiring to incite impudence — throwing food on floor — laziness — gambling — trying to incite convicts to impudence.”

However, Hardin eventually settled down into the prison routine.

7. John Wesley Hardin was pardoned and became a lawyer.

As Hardin became a veteran convict, he became a model prisoner.

He joined the prison debating society, studied law, and attended Sunday school. This allowed Hardin to be released from prison on February 17, 1894. Hardin had only served 15 years and five months of his 25 year sentence, being reprieved of the final decade for good behavior.

He went to Gonzalez County, Texas, to join his children, his wife having died in 1892. The children, who had no relationship with their father, soon separated from him. Hardin then moved into the town of Gonzalez proper.

Simultaneously, his attorney requested a full pardon for Hardin since he was now a law-abiding citizen. The governor of Texas, “Big Jim” Hogg, granted this on March 16, 1894. This allowed Hardin to take and pass the bar exam.

He set up a practice in Gonzalez, where he became involved in local politics. Apparently, a friend of his who he backed for the office of local sheriff lost the race, prompting Hardin to move to Kerrville.

8. John Wesley Hardin was killed in the way that he had lived.

Hardin then moved about the state. He first married a 15-year-old girl in a marriage that fell apart within weeks. He then ended up in El Paso, where he hung his lawyer’s shingle.

Hardin, however, who had withstood a lifetime of violence and sorrow, had grown deranged.  According to author Leon Metz, Hardin acted paranoid, drawing his gun when people knocked on his door. He binge-drank, gambled, and when of a right frame of mind liked to show off his gun skills to female paramours by quick drawing his empty revolvers.

El Paso, however, was trying to make the town safer, and passed an ordinance prohibiting carrying firearms in the city. In August, 1895, Hardin’s girlfriend, Beulah McRose, was arrested by constable John Selman.

Then on August 19, 1895, Selman found Hardin in the Acme Saloon, playing dice. He shot Hardin in the back of the head, and Selman pleaded self-defense — or at least pro-active defense.

Selman was acquitted of all crimes by an El Paso jury who evidently wanted to be rid of one of the most dangerous gunslingers of the Old West.

Today, John Wesley Hardin’s grave may be found in the Concordia Cemetery, of El Paso, Texas.