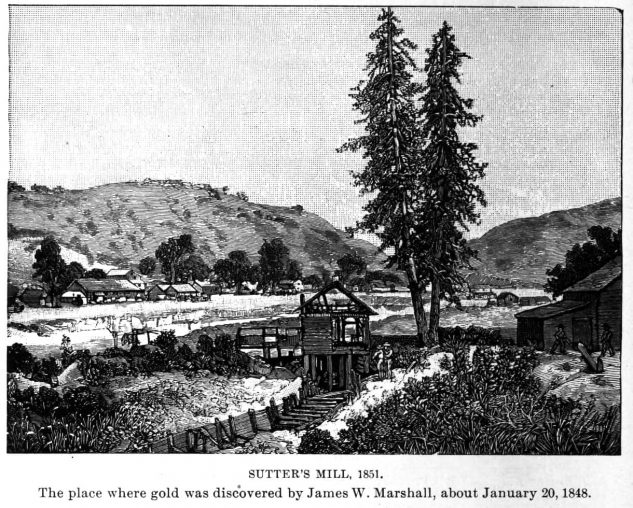 From buried caches of gold to sunken treasure, California is a bona fide hot spot for hidden treasures and long-lost riches.

What started with a leisurely dog walk ended with a stunning gold discovery worth over $10 million. In 2014, an anonymous couple reported stumbling upon decaying metal cans during a walk with their dog on their northern California property.

The couple discovered that the cans held more than 1,400 well-preserved gold coins dating back to the mid to late 19th century. One especially rare gold coin was worth at $1 million alone.

While the extraordinarily lucky dog walkers kept their identities and the location of the discovery a secret for obvious reasons, an article published by Reuters claims their land is set somewhere in California’s sprawling Gold Country, a famed region in the western slope of the Sierra Nevada Mountains that attracted prospectors from around the world over during the state’s 1849 Gold Rush.

The idea of there being actual hidden gold and other treasures in a state as modern and densely populated as California might seem far-fetched to some, but the story of the dog walk that led to riches proves it’s true.

While experts say the so-called Saddle Ridge Hoard discovery was exceedingly rare, California is thought to contain other hidden treasures. Some stories have a mythical bent, making their authenticity appear unlikely.

But if the Saddle Ridge Hoard discovery is any indication, California is a place where anything can happen when it comes to hidden treasure.

In 2019, the San Francisco Chronicle profiled the story of a down-and-out fisherman who developed undersea video monitoring technology and used it to discover what he believed were 30 gold bars at the bottom of the Monterey Bay National Marine Sanctuary.

When Giuseppe “Joe” Pennisi scrolled through some underwater trawling footage one night and saw that his net had passed by bright yellow rectangles, he figured they were gold bars, also called ingots, that were left at the bottom of the ocean from a shipwreck.

Pennisi’s logic wasn’t unfounded: James Delgado, a shipwreck historian and archaeologist quoted in the article, estimates that at least 50 ships sank off of the Californian coast in the mid 1800s during the peak of the state’s Gold Rush.

Many ships that wrecked during this period were tasked with delivering gold to the East Coast. A confirmed 463 shipwrecks have been documented in the Monterey Bay National Marine Sanctuary, but hundreds more are thought to be littering its dark and eerily quiet sea floor.

Pennisi quickly realized he’d face a huge set of challenges to recover what he believed were bricks of pure gold. The location of the discovery was 1,000 feet beneath the surface of the water.

For the uninitiated, diving this deep is incredibly difficult and dangerous, and is only attempted by the world’s most experienced divers. Treasure hunters typically purchase expensive underwater rovers rather than putting divers at risk for missions like these. Some machines cost millions of dollars – money Pennisi didn’t have.

But an even bigger hurdle to contend with was the fact that the gold was located in the Monterey Bay National Marine Sanctuary, a heavily protected area. After consulting with a maritime lawyer, Pennisi learned that local laws “explicitly banned underwater salvage and recovery operations in the sanctuary, including the use of human divers and robotic submersibles.”

Other laws made clear that removing or even moving historical objects was not allowed, with penalties as high as $100,000 per day for infringements. However, the lawyer claimed specific litigation strategies might help him stake a claim on the gold without legal repercussions.

After a vague request to search for “something of interest” on the protected seafloor, the Federal Government declined and Pennisi figured his access to a permit and the only legal way of retrieving the gold wouldn’t be granted.

The determined fishman thought his last shot was to launch a federal lawsuit that argued for his right to recover the shipwreck and whatever items it contained. To do this, he’d need proof that there was indeed a shipwreck near the sighting of the gold bars.

On an expedition to prove the existence of the shipwreck and its location, Pennisi discovered what he believed to be a large sunken cannon, but later found his GoPro had run out of memory, so it wasn’t recorded.

Out of money and fearing legal consequences for pressing on, Pennisi ultimately gave up his quest to retrieve the gold bars in 2015.

More than 500 mining camps sprang up seemingly overnight in California as a crush of 80,000 ambitious prospectors flooded into the state in 1849 during the Gold Rush.

While California’s resulting major gold discoveries have been well documented over the years, rumors, myths, and hunches held over from that strange and exhilarating time detail fortunes of gold tucked away in hidden places strewn across California’s Gold Country and beyond.

Some tell the story of deeply unfortunate miners who were lucky enough to discover gold but who could never manage to find their way back to the site of the treasure. In other lost treasure tales, unexpected deaths and crippling illnesses kept miners from retrieving their gold, but the stories of their plights live on.

Rumors of “easy gold” drew miners to California’s Mosquito Valley in El Dorado County, including Sailor Jack, a young Finnish immigrant. With no mining experience to speak of, a group of seasoned miners convinced Jack to file a claim on a plot of land they thought was worthless as a prank.

The miners were astonished when gold was discovered in a mine on Jack’s property, which became the richest in El Dorado County. After this unexpected find, another discovery of several large gold nuggets was reported above of the mine by one of Sailor Jack’s miners in an area called the Goose Neck Ravine. 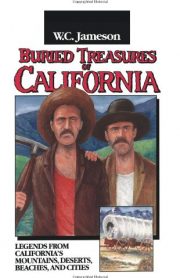 “I travel the hills of California on a regular basis, in search of treasure, or just the opportunity to pretend that I am that forty-niner in 1877 digging around in a cold, dark, creaking mine. There is something incredibly relaxing about stepping back in time and exploring a miner’s stomping ground.”
– Amazon review

The miners returned over and over again, but couldn’t track down the source of the gold, leaving many to speculate that the site now called Lost Goose Egg Mine is still brimming with gold.

In 1857, two German immigrants traveling near Mammoth Mountain rested near a stream and saw what they thought were massive chunks of gold cemented together in a rock ledge. There was so much gold that one man didn’t believe it was real, but that didn’t keep the other man from chipping away about ten pounds of gold and taking it with him and crudely marking the location of the discovery on a map.

The man who doubted the discovery died shortly after, as the journey continued, and the other became gravely ill with tuberculosis and sought treatment in San Francisco. The man paid the doctor with a portion of the gold he’d recovered and his map detailing the location of the gold-laden ledge.

The doctor later enlisted the help of a few friends and hired hands and set off on an expedition to recover the remaining gold in 1861. This is where the story gets a bit murky.

Some versions say the doctor’s mission was successful, and that thousands of dollars were recovered from the site before the men were killed by the indigenous Paiute, who were angry over the influx of miners exploiting their lands.

Others claim the doctor’s party never found the site of the gold.

Milton Sharp was one of the many thieves who made a living by holding up miners at gunpoint in the decades after the California Gold Rush.

Not a typical outlaw, Sharp was locally famous for being a snappy dresser and putting forth a polite demeanor during bank robberies. He was so courteous that there are accounts of him returning items he stole from distraught women during robberies.

Sharp was known to apologize to his victims, saying “A thousand pardons for the inconvenience I have caused you, but you see these are the hazards of my profession. We must relieve you of your valuables.”

However, his partner W.C. “Bill” Jones was an obnoxious drunk known for the terrifying, booming timbre of his voice and his grizzly appearance.

In 1880, Jones stopped a Wells Fargo stagecoach by shooting one of its stage horses.

Jones, who was thought to be drunk during the robbery, was promptly killed when a guard returned fire and shot him. Sharp was later caught and escaped from jail multiple times until he wrote Wells Fargo a letter detailing numerous places he’d thieved over the years. He was released from jail in 1894 and is said to have been a law-abiding citizen for the rest of his days.

But long after his days of crime came to an end, rumors of buried caches of money, jewels, and gold spread around the American west. Two brothers reported finding some of Sharp’s loot near modern day Bodie Hills, California, but they estimated that the vast majority of it remained buried throughout the area and beyond.

These are just a few of the many stories about lost gold mines, hidden loot, and other supposedly missing treasures spread throughout California and its coastline.

While there’s no way to verify whether each story is true, there’s enough proof to make the state a fascinating destination for treasure hunters searching for troves of riches hiding in plain sight.

Come to think of it, Utah would be a great place to hide something. First, it is vast.…