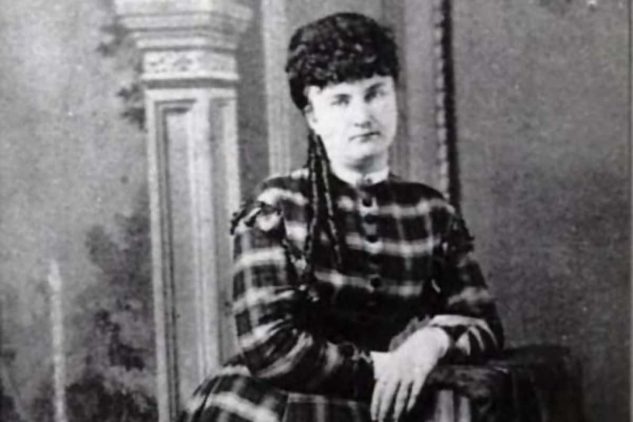 Celia Ann “Mattie” Blaylock was a prostitute and the common-law wife of Wyatt Earp, a western frontiersman famous for his participation in the 1881 gunfight at the O.K. Corral in Tombstone, Arizona.

Much of what is known about Blaylock and her life is legend, and after her early death, she became a secret piece of Earp’s past and one of Wyatt Earp’s four wives.

Celia Ann “Mattie” Blaylock was born around 1850 into a religious family in Iowa. She was the third of six children born to parents Henry and Elizabeth Blaylock. According to the 1860 census, Celia attended local schools. Around  the age of 16, she left home with her younger sister, Sarah, and moved west.

It is unclear why the pair decided to leave home but historians have speculated the sisters did not enjoy life on their parents’ farm in Iowa and decided to embark on a different path. Sarah returned home to Iowa less than a year later. Reportedly, her family took her back in, though they deemed her disgraced and a fallen woman.

Celia may have sought work as a seamstress or something of the like as she was skilled in the trade. It is unclear when she began going by the name Mattie, but it is reasonable to assume she may have adopted the alias when she began working as a prostitute. 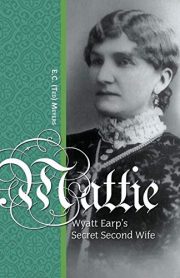 “I’ve read a number of books about the life of Wyatt Earp. This is the first book I’ve read about Wyatt Earp that portrayed him in less than a positive image. I thought the book was well researched and written.”
– Amazon review

She was not recorded in the 1870 census but in 1871 she posed for a photo in Fort Scott, Kansas. Eventually, she ended up in Dodge City, Kansas. Previous researchers of Mattie’s life state there are court records of her prostitution during this time that name her as Celie or Sally.

It was around this time that she met Wyatt Earp.

Earp had married a woman named Urilla (sometimes spelled Aurilla) Sutherland in 1870, but she passed away of typhoid fever before the couple could celebrate their first anniversary.

After her death, historians have conflicting views of how Earp spent his time. Some say he spent a lot of time hunting, others argue he occupied his time in houses of ill-repute and other less than desirable establishments of the time.

It is undisputed, however, that he was arrested in a brothel raid in 1872. It was apparently not his first run-in with the law.

Around 1875, Earp joined the Wichita city police after helping an officer in a search for a missing wagon. He continued his career in law enforcement in Dodge City. Mattie and Wyatt spent the next few years together.

In 1879, the couple relocated from Kansas to Tombstone, Arizona. Mattie was considered Earp’s common-law wife and in the 1880 census, the 30-year-old was listed as Mattie Earp, wife of Wyatt Earp. There is no legal record of a marriage between the two. At this point, Mattie’s profession was listed as keeping house.

After Wyatt’s notorious gunfight at the O.K. Corral, he left Tombstone.

Mattie also left the area and reportedly traveled with other Earp family members to California. Legend states she never heard from Wyatt again. He met another woman, Josephine “Sadie” Marcus, around 1882 and spent the rest of his life with her. Mattie eventually returned to Arizona where she spent her remaining years working as a prostitute.

The end of Mattie’s story is not a happy one. She passed away on July 3, 1888, at about the age of 38.  The coroner’s report stated that she died of “supposed suicide by opium poisoning.”

Whether it was intentional or not, Mattie killed herself by overdosing on laudanum and alcohol. Historians have stated that earlier in her life, Mattie began consuming laudanum for headaches and was known to abuse alcohol. Perhaps she became addicted to the substances and no longer knew her limits.

She was buried in the Pinal Cemetery in Pinal, Arizona.

It is difficult to say exactly who Mattie Blaylock Earp was, given the complicated nature of the lack of documentation pertaining to her life. Some researchers also state that Josephine Earp, Wyatt Earp’s fourth and final common law wife, did her best to keep her husband’s past with Mattie a secret.

Previously, Mattie’s grave was unmarked. In 2009, the Tonto National Forest, in conjunction with local citizens and preservation organizations, began preserving the historic cemetery, interpreting the history, and updating grave markers.

Today, you can travel to the ghost town of Pinal, near the town of Superior, Arizona and visit Mattie’s marked grave in the historic cemetery.