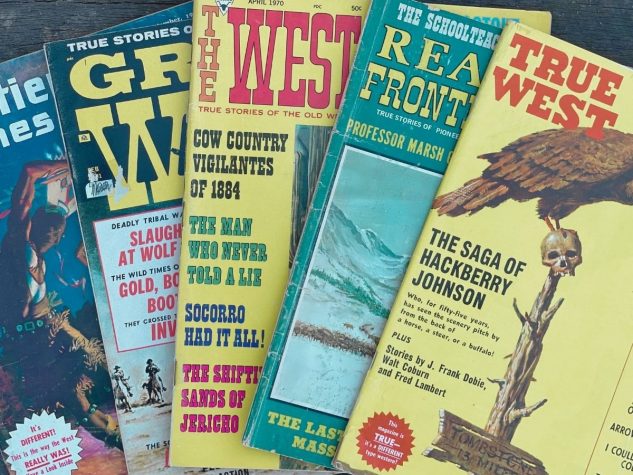 The 1960s and ’70s ushered in a golden era of Old West magazine publishing, and today these aged-but-entertaining Western mags can still be found in bookstores, antique shops and online.

One of my favorite sections of any used bookstore is the old magazines. Weathered copies of Arizona Highways and National Geographic are always interesting, but there’s something particularly alluring about the bold, pulpy covers of vintage Western mags.

After collecting them over the years, I’ve realized they’re also an excellent source of stories and legends that have been lost or ignored in time. The stories of Quanah Parker, Tom Horn, Nat Love, Johnny Ringo and Wes Hardin are well-known, but old magazines are full of lesser-known narratives and characters that often paint a fuller picture of the West.

In a way, reading old Western mags is a bit like prospecting: hunting through filler to uncover nuggets that are worth the time it takes to find them. There’s something satisfying in knowing these stories aren’t readily available online – that they take effort to read and appreciate.

Here are 14 vintage Old Western magazine titles I have in my own collection, but there’s plenty more out there to be rediscovered.

Pioneer West published issues in the ’60s and ’70s, and their editorial team included Charles Sultan, who was also known for his work during the “Golden Age of Comic Books.”

“We know that most of our readers may tire of the shoot-em-up hero type of story,” writes Sultan in the January 1970 issue. “We prefer stories about the early pioneers, farmers, and ranchers; men and women who had the courage to pit themselves against, at times, almost insurmountable odds.”

True West is the workhorse of Western magazines: they started in 1953 and still run issues to this day. Their longevity is no accident: the writing is excellent, the stories are captivating and they’ve clearly had good business guidance over the years.

Today, the magazine’s ran by executive editor Bob Boze Bell, a man of many talents who’s managed to keep the magazine relevant in a much different age than when it started.

“When we at BIG WEST speak of the West we mean a lot more than just the great names and decisive events that are usually associated with it,” writes the editor in the October 1967 issue. “Aware that no major happening starts without a preceding chain-reaction of smaller incidents knowing that around every towering personality there’s always a cluster of lesser known men and women being aware of these facts we have to include the ‘little man’ and the minor happenings in reconstructing a realistic picture of the way the West really was.”

There are a few issues on eBay and Amazon here and there but it doesn’t appear to be one of the more popular or common old Western magazines.

Frontier Times is the companion magazine to True West, and together they make one of the more epic runs of Western magazines over the years.

In some issues the magazines even poke fun at the fact that they’re very similar, and it was a simple business decision to run both: it was easier to get more magazine rack space at booksellers around the country with two separate titles.

Westerner was a bit more expensive than competing mags like True West and Frontier Times, but it was thick and covered a lot of ground in each issue. The cover art for Westerner was also above-average: for the May-June 1969 issue, artist Lloyd Harting created the painting “Buffalo Hunt” just for the magazine.

Old West was another companion publication to True West and Frontier Times, and according to Legends of America, Old West’s circulation in 1974 came close to 130,000 readers. It dwindled until production stopped in the ’90s, but there’s still plenty of Old West issues available online and in antique stores around the West.

Real West was published by Charlton Publications, out of Derby, Connecticut. Like True West, they were one of the more prolific publishers of the era, putting out more than 220 issues over a 30-year period.

One section of the magazine was called “The Editor’s Corral,” a series of quick news blurbs from the 1800s. In the December 1973 issue, one 1874 snippet from Frank Leslie’s Illustrated Newspaper read:

Mrs. Olsen, of Salt Lake, says that polygamy is as good for women as for men, that she would like three husbands one to live with and love, and the other two to help support her.” 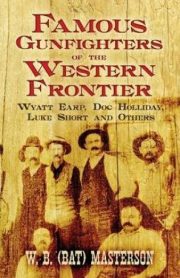 “This book will dispel many of the myths that have grown up about the Old West, the most discredited of which is the myth of the shoot out at high noon on a city street where each man attempts to outdraw the other.”

Golden West was a companion to The West, both published by Maverick Publications in the ’60s and ’70s. As the title suggests, many of the stories in Golden West are inspired by gold mining and legendary gold stories of the West.

“Of course, you are interested in gold mining and the methods of gold mining,” writes the editor in the November 1966 issue, “especially if you are male, between the ages of 10 and 95.”

Great West was published by M. F. Enterprises, ran by Myron Fass, who also published comics and pulps in many other genres. You can see the influence of comics and pulp magazines on Great West, which has bold illustrations and dramatic headlines. If I saw this one on the newsstand back in the ’60s, you know I’m buyin’ it.

Unlike pulp magazines of the ’60s and ’70s, The American West has a decidedly formal presentation that’s closer to an academic journal than an adventure mag. That said, the content is just as accessible and the artwork brings a pop of color to each issue.

Western Frontier was published by G.C. London Publishing out of Rockville Centre, New York. It was part of the same publishing group that put out The West and Golden West, and also promoted other special issues like “Railroads of the Old West” and “Badmen of the Old West.”

Oldtimers Wild West was published in Montreal, Canada, a far cry from the sunny Californian skies where many Western magazines were published.

The magazine’s motto “The Bonanza Treasure Search” made for plenty of stories on gold, mining, prospecting and treasure hunting around the West.

The West ran “true stories of the Old West” and focused on all types of frontier narratives, where companion mag Golden West focused mostly of gold stories. The April 1970 issue includes pieces on the “cow country” vigilantes of 1884, Soto’s shootout with Sheriff Morse, the Massacre at Rock Creek and more.

Find The West issues on eBay.

The first issue of Real Frontier, from February 1970, includes a one-page introduction to the publication.

The magazine hired consulting editor William Foster-Harris, author of The Look Of The Old West, to ensure they held up to their promise of accuracy and authenticity.

Tombstone’s epic cast, iconic one-liners and old school showdowns make it one of the best Western movies ever,…

Cue up Netflix, pop some popcorn, and lean back the recliner: it’s time to binge some of the…