9 Things You May Not Know About the Sundance Kid 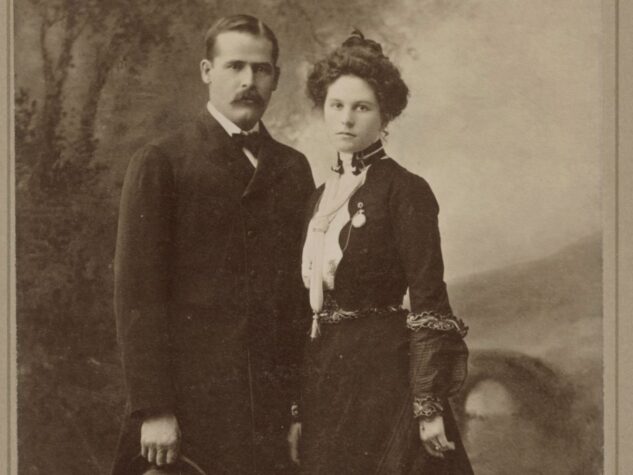 When it comes to Old West outlaws and famous train robbers, few are more famous than the bandit duo of Butch Cassidy and the Sundance Kid.

Thanks in part to the 1969 film starring Paul Newman and Robert Redford, Butch Cassidy and the Sundance Kid have become synonymous with the romantic outlaw trope.

Although the movie became an instant classic – and led Robert Redford to name his Park City, Utah film festival after the character he portrayed – it didn’t paint an entirely accurate picture of the Sundance Kid.

Let’s take a look at 9 facts you might not know about the Sundance Kid.

1. His real name was Harry Longabaugh.

The Sundance Kid’s real name was Harry Alonzo Longabaugh. He was born in Pennsylvania in 1867 and, at just 15 years old, he left home to seek adventure and fortune in the Old West. He tried to secure employment as a cowboy and ranch hand, but work was hard to come by for a scrawny teen with no experience.

One thing led to another and Longabaugh was arrested for stealing a horse. He was lucky. Horse thieving was a hanging offense, but instead of going to the gallows for his crime, Longabaugh went to jail for two years. It was in jail where he picked up the nickname he would carry with him the rest of his life.

Longabaugh’s arrest and incarceration took place in Sundance, Wyoming. The name of the town, coupled with a nod to Longabaugh’s tender age, turned Harry Alonzo Longabaugh into the Sundance Kid.

Although the Sundance Kid was Longabaugh’s most commonly used pseudonyms, he went by a few other aliases, including Frank Smith, H. A. Brown, Harry A. Place (remember this …it will be important later), and Harry Long (again, tuck this away …it will be significant later).

2. The Sundance Kid was no sidekick.

Despite historically getting the second billing, the Sundance Kid was no sidekick. By all accounts, he was an equal partner to Butch Cassidy. The two outlaws met sometime in the early 1890s after Longabaugh had served his sentence for stealing a horse. Upon his release from prison, Longabaugh vowed to clean up his act, but that didn’t last long.

Robert LeRoy Parker, who used the nickname Butch Cassidy, was a robber and outlaw with a quick sense of humor, charming personality, and winning smile. Longabaugh, even though he was younger, was the more serious of the two. Despite this, the two men hit it off and joined forces to steal horses, hold up banks, and rob trains.

Butch Cassidy was, however, the de facto leader of the Wild Bunch, an Old West outlaw gang of which the Sundance Kid belonged. The Wild Bunch was the most successful band of train robbers in American history.

The newspapers of the time sensationalized the exploits of the Wild Bunch, making Butch Cassidy and the Sundance Kid household names. The Wild Bunch was loosely organized. Gang members, including the Sundance Kid, could, and did, plan and execute their own heists. 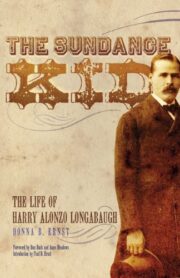 The Sundance Kid: The Life of Harry Alonzo Longabaugh

“I was impressed with the facts and research and little speculation, except where it’s noted as such. This is the most detailed book I’ve read, to date, about their time in South America.”

3. His deadly reputation was unfounded.

When we think of Old West outlaws, we often assume they were all cold-blooded killers. This was not necessarily true. Both the Sundance Kid and Butch Cassidy had an aversion to killing.

The Sundance Kid, Butch Cassidy, and the rest of the Wild Bunch were wanted men for their crimes; however, Harry Longabaugh was only arrested once in his life – that time he was jailed for stealing a horse when he was a teen.

Longabaugh’s rap sheet was actually quite short. Just one offense and no violent crimes.

Harry Longabaugh may have been a married man. In the late 1890s, he met a beautiful woman named Etta Place. Historians are conflicted about this mysterious woman, in part because there is so little information about her. Even her name is cause for debate. History knows her as Etta Place, but it is very likely that that is an alias. Here’s why.

Longabaugh used many nicknames in his life. One of them was Harry A. Place. He selected this surname because it was his mother’s maiden name. The only surname associated with the Sundance Kid’s love interest is also Place.

She may have adopted Place as her own last name upon her marriage to Longabaugh, but that marriage, as we will see momentarily, may never have happened.

In some documents saved from this era, Etta Place’s first name is inconsistent. She has been referred to as Ethel, Eva, and Rita, along with Etta. It may be that all of these are aliases, and the true name of Etta Place has been lost to history.

Both Etta Place and Harry Longabaugh referenced each other as wife and husband, but to date, no authenticated marriage certificate has been found to prove that the couple were legally wed.

In the Old West, however, some marriages were common-law marriages. It wasn’t always feasible, on the frontier, to find a clergyman and have a legal marriage ceremony.

Instead, couples entered into a common-law arrangement. To do so, the couple had to publicly declare that they were husband and wife. It seems reasonable that Etta Place and Harry Longabaugh did just that.

6. Butch and Sundance once hosted Thanksgiving.

For wanted bank robbers, Harry Longabaugh and Robert Parker could be quite gentlemanly. According to a popular legend, the Sundance Kid joined Butch Cassidy in cooking and serving a large Thanksgiving dinner to the people of Brown’s Park, Utah, in November of 1895.

The Wild Bunch occasionally hid out near the town to let things cool down after a big heist. The Thanksgiving meal was the outlaws’ way of thanking the residents of Brown’s Park for not turning the gang into the authorities.

Accounts of this meal, from first-hand reports, note that the bandits were dressed in their finest clothes, freshly bathed and with waxed and curled mustaches. They displayed generosity and hospitality to their neighbors that allowed folks to see the human side to the notorious outlaws.

7. The Sundance Kid was well-travelled.

For an Old West outlaw, the Sundance Kid got around. With the Wild Bunch, he robbed banks and trains in several states, including Idaho, Wyoming, Colorado, and Montana.

Long before he joined the Wild Bunch, however, a young Harry Longabaugh spent time in Alberta, Canada, working for the Bar U Ranch. He even became a partner in a Calgary saloon for a time.

Although it cannot be proven, it is possible that Longabaugh visited or lived in other South American countries.

Shooting started and one of the Bolivian officers was struck and killed. The authorities later explained that they heard three desperate screams coming from inside the house, followed by two gunshots. After that, all was silent. When the Bolivians entered the house, they found the two men dead.

The Sundance Kid was dead on the floor with a bullet in his head. Cassidy was slumped against the wall next to him, also with a fatal gunshot wound to the brain. The Bolivian authorities determined that Butch Cassidy shot and killed his best friend and partner, the Sundance Kid, and then turned the gun on himself. It was believed that the Old West outlaws preferred death to surrendering to law enforcement.

This is one aspect in which the movie, Butch Cassidy and the Sundance Kid, differed from reality. At the end of the film (spoiler alert), Butch and Sundance don’t opt for murder-suicide. Instead, they decide to go out in a hail of gunfire.

The final shot of the movie shows them exiting the house, guns blazing, supposedly to meet their fate. Film critics have often debated this final scene because the fate of the outlaws is not clear. It was only implied that they were killed by the Bolivian authorities.

9. Sundance may have survived.

Following the shootout in Bolivia, the authorities quickly buried the outlaws before they could be definitively identified. This left the door open for a host of theories that the Sundance Kid was not actually the man killed in the shootout.

One intriguing theory claims that the Sundance Kid survived and returned to the United States under an assumed name, William Long (I told you we would get back to this alias).

It is obvious that “Long” is a shortened form of the Sundance Kid’s real last name, Longabaugh. According to this story, William Long arrived in Utah several years before the Bolivian shootout and worked as a rancher. He married a widow with six children but never had children of his own. He died, according to the legend, in 1936.

When the Butch Cassidy and the Sundance Kid was released in 1969, a man came forward to state that his given named was Harry Longabaugh Jr. He claimed to be the son of the Sundance Kid. Photographs of the Sundance Kid remain and the man claiming to be his son bore a strong resemblance to him. His paternity was still being debated when he died in 1982.

With the advent of DNA testing, researchers thought they could put to rest the theories that Longabaugh was not killed in Bolivia. They received permission to exhume the bodies of Butch and Sundance from the cemetery in San Vincente, Bolivia, to collect DNA samples.

They compared the DNA of the man that was said to be the Sundance Kid with samples from living relatives of William Long and Harry Longabaugh Jr. They did not find a match.

Remember, however, that William Long had six adopted children, but none of his own. But if he was the real Sundance Kid, that means the man killed in Bolivia was an imposter. This is the claim that the family of Harry Longabaugh Jr. offered to explain the lack of DNA matches.

The life story of the Sundance Kid is filled with romanticized outlaw adventures, so it is easy to see why people wanted to see his story continue, as it will for years to come.