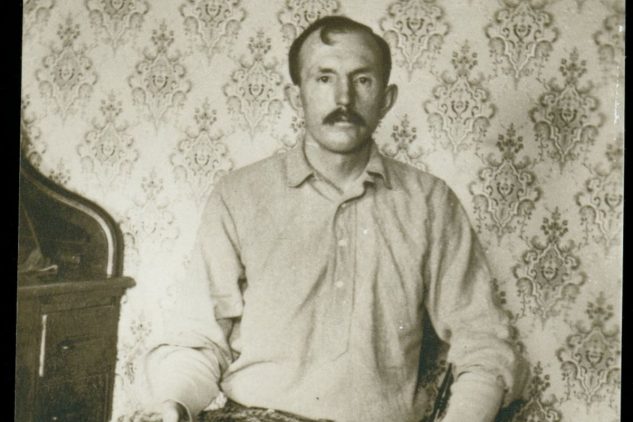 Historians have tried for years to come to grips with the enigmatic and dark character of Tom Horn and his place in American West history.

In 1980, Steve McQueen starred in the movie “Tom Horn” as the eponymous lead character. While McQueen was highly praised for his acting, the film had mixed reviews, with the New York Times writing, “Mr. McQueen lends Horn a grace and resignation that stays understated even when the film turns clumsily emphatic.”

Yet more troubling to historians of the Old West is that the killer was perhaps too sympathetic. In the movie, McQueen killed only in self defense and as the book Hang ’em High notes:

Horn was a murderer, though the film takes great pains not to show him dry-gulching anyone, nor terrorizing any homesteaders’ families.  His enemies always fire at him first before he kills them.”

But the real Tom Horn was no Steve McQueen; he wasn’t even a Dale Robertson.

Who Was Tom Horn?

Tom Horn is known chiefly for two things: he was a range detective and he was a paid killer.  However, Tom Horn was more than that. He was, in effect, a master of posthumous public relations, with the result that his star burned perhaps more brightly than it ought.

Here are seven facts about Tom Horn which reveal just how murky the truth behind this murder’s life really was.

1. The sources on Tom Horn are highly flawed.

The problem with Tom Horn is that much of the main source material comes from his autobiography. The work’s title, Life of Tom Horn: Government Scout and Interpreter …a Vindication, gives a clear indication that it was written for a purpose.

It was composed while Horn awaited execution and he wanted, if not to prove his innocence, that he was an Old West hero.

The book focuses on Horn’s work as a civilian for the U.S. Army. While it does present a correct career arc, in substance it builds Horn to be a more important figure than he was.

This has all led to controversy over Tom Horn and his legacy: was he an antihero as the book seems to suggest, or just a cold-hearted killer?

Notably, there is evidence for tampering with Horn’s manuscript after his death and before it was published by his rancher friend and employer John C. Coble. Coble sponsored the writing and perhaps to put a better light on Horn, or more likely, to remove incriminatory writing, he edited the manuscript.

2. Virtually nothing is known about the truth of Tom Horn’s early years.

Only the broad strokes of Horn’s early days are known.

He was born in Scotland County, Missouri in 1860, and at14, he left home for Santa Fe. Horn claimed that he ran away from his abusive father, but at one point joined his father and brother in a livery stable business in Kansas.

In Santa Fe, Horn found work as a stage driver while learning to speak Spanish. Much of Horn’s own account of these early years is highly suspicious, although it is clear that around 1876 he did meet with Al Sieber, who was Chief of Scouts during the Apache Wars.

In 1882 he became an civilian army packer, those who managed and ran the wagon trains that serviced the army. He eventually became attached to the 6th Cavalry, and it was in this role that Horn’s foray into history became a little more factual. 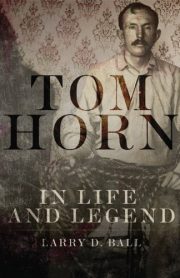 Tom Horn in Life and Legend

“Well written narrative about one of the more interesting characters of the American West in the last half of the nineteenth century. His story is much more than one death and his conviction. He was very much part of some very important events in western history.”
– Amazon review

3. The first action Tom Horn was known to be in was at Sierra Enmedio.

Captains William Augustus Rafferty and Tullius Tupper led the 6th Cavalry on a chase of several hundred Apache who left the San Carlos Reservation toward Mexico. The army caught up with them at Sierra Enmedio in Sonora, where they engaged them in a hard fight.

Horn claimed, “As for my part of the fight, I did not get to see much of it.” However, he did assert that he got into a tight spot with a sergeant named Murray when he tried to save him.

Horn was next involved in General George Crook’s expedition in 1883 against Geronimo. Horn did not play any major role. However, he soon became a scout and was even named chief of the scouts in 1885, after Sieber was recalled and upon Sieber’s own recommendation.

Thus, Horn was present at the surrender of Geronimo in 1886.

In Horn’s account, he makes readers believe that he was a central figure, claiming that he knew the Apache language and even had lived among them. He claimed that Geronimo insisted Horn be the translator and had Horn giving orders to army officers. To Horn’s friends, however, this was not surprising since Horn, in their opinions, had a very high opinion of himself.

Researchers have noted that by comparing Horn’s account to the official account of the interchange, Horn was not hesitant to weave his own fictitious world. The records also show that there were multiple translators at the surrender of Geronimo. In reality, Horn’s function was to simply not speak unless told to translate from and to Spanish.

4. Tom Horn was involved in the Pleasant Valley War, but it is unclear how.

After Geronimo’s surrender, Horn was discharged, since there was no more need for him in the army. In these post-Apache war years, Horn’s history shifts murky once again.

He certainly became a miner near Aravaipa, Arizona. He also competed in rodeos, then called cowboy tournaments, becoming a champion roper. It was after this – in 1887 or 1888 – that he found his way to the Tonto Basin in Arizona, where he became enmeshed in the death spiral of the famous feud between the Tewksburys and the Grahams called the Pleasant Valley War.

Horn commented that he served as a deputy sheriff. “I was the mediator,” he wrote. As multiple historians have pointed out, however, there is no evidence to support any of this. As explained by Tom Horn in Life and Legend, it is more likely that he came at the behest of Edwin Tewksbury, one of the principals of the feud who had befriended Horn in 1882 during the Apache wars.

The Encyclopedia of Frontier Biography speculates, not unreasonably, that Horn may have been responsible for the murder of Mart “Old Man” Blevins, since he was one of the few deaths to whom no killer was attributed.

If this was the case, then Blevins may have been the first man that Horn murdered since he later said that killed his first man at age 26, just the age he would have been during the feud.

According to Horn, Blevins “was a coarse S.O.B.”

In 1890, Tom Horn signed up with the Pinkerton National Detective Agency.

In 1892, they sent him to Colorado to help cattle companies prevent rustling. This type of work appealed to Horn, but he preferred independence and in 1895 he left the agency to work alone as a detective, and more profitably, as an assassin.

He then took a break and even served honorably during the Spanish American War as a chief packer for the Army’s Fifth Corps in Cuba. After the war, he went to Wyoming to resume his detective and murder-for-hire work – mainly murder-for-hire on behalf of the large cattlemen who wanted homesteaders off the land to make room for grazing.

Horn investigated the homesteaders for rustling and extorted them through threatening letters. If they didn’t get the hint, once the cattlemen gave the green light, he would shoot them dead.

He was well paid for the work, making several hundred dollars per murder, according to an account by Joe Lefors, the lawman who later arrested Horn. This went into the thousands for multiple jobs.

While Lefors’ account is questionable, it is clear that Horn was killing for money. In a letter to a U.S. Marshal, Horn refuses to join a posse to hunt down some outlaws. In the letter he boldly admits that he prefers to work alone, murdering only for money.

I can stand a better show to get them by going alone and will go and get some of them at least and drive the rest out of the country if there is any thing in it for me. If I undertake the job, No cure no pay is my mottoe [sic]. So if I don’t get them it costs no one a cent.”

The irony of all this was that Tom Horn was apparently a fairly likeable guy, and he had many friends and allies.

6. The murder of a teenager finished Tom Horn.

What ended Tom Horn’s infamous career was the 1901 murder of Willie Nickel near Iron Mountain, Wyoming.

Nickel was the 14-year old son of a Wyoming sheeprancher. The murder was most likely related to a feud between the Nickels and Millers families, and Willie was targeted thinking it was his father.

In the investigation, Deputy Sheriff Joe Lefors targeted Horn, probably for the obviously reasons. Lefors got Horn drunk, and Horn, braggart that he was, gave a confession. This was used as the basis for Horn’s arrest and trial, even though it was pretty much entrapment.

The trial itself made national news.

The cattle interests worked to defend Horn by assembling a team of lawyers, but it may be that they didn’t want the defense to work too hard, since Horn could implicate them for numerous criminal acts.

During the trial, evidence against Horn was circumstantial and the prosecution failed to show any motive for the killing. Still, Horn was found guilty. He was hanged dead in Cheyenne, Wyoming on November 20, 1903.

His last words were reported as, “That’s the sickest looking lot of damned sheriffs I ever saw.”

Although it is still debated, it seems likely that Horn was in fact innocent of the Nickel murder, but very much guilty in the assassination of many other people.

So all that was left of Tom Horn after he swung on the gallows was his posthumously published autobiography. As for the end result, this hagiography wasn’t exactly destined to be part of the Western literary canon.

One commentator said, “whether Horn was guilty or not, a good case could be made for hanging anyone who wrote that book!”

Despite criticism, the book became one of the most popular Old West memoirs and for a generation informed the general public’s view of the era, and Tom Horn. It has also created such a gap of knowledge in the true story of Tom Horn that biographies about him are a perennial staple on bookshelves.

All the same, he is one of the most interesting characters of the Old West for his enduring mystery and allure.

Learn more about the pioneers, lawmen and outlaws of the American West: