When Did the Wild West Really End? 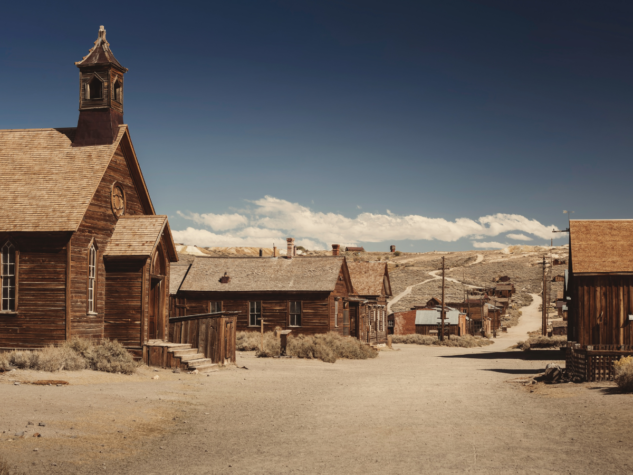 The Wild West is a more nebulous term than you may think, so when the era ended is largely up for debate.

Meriam-Webster defines “Wild West” as “the western U.S. in its frontier period characterized by roughness and lawlessness.” Most people understand this to include cowboys leading great cattle drives, saloon shootouts in dusty towns, wars between the U.S. Army and Native Americans, stagecoach robberies, and general mayhem in a land beyond normal law enforcement.

Defining the beginning and ending of the Wild West is subject to debate. In its beginning, one can argue that the Wild West started as early as the settlement at Jamestown, Virginia in 1607. The Wild West just migrated west as European settlement grew.

When the Wild West ended is also tricky. Was it when quickdraw duels stopped? Was it when the last Native Americans were subjugated? Or was it when there was no longer a frontier?

Choosing a date is a subjective act, but since we all like to be subjective, let’s take a look at some of the possible dates for when the Wild West really ended.

The earliest date to consider is 1883. It was in this year, on May 19, that William F. “Buffalo Bill ” Cody inaugurated the very first of his famous Wild West shows in Omaha, Nebraska.

While the Wild West wasn’t the first Wild West type exhibition, it certainly was the most popular. According to the Buffalo Bill Center of the West, Cody teamed up with the dentist and deadeye shooter Dr. W.F. Carver to create a genre of entertainment that gave attendees a spectacle of a certain version of the Wild West.

The Encyclopedia of the Great Plains details how these shows included Plains Indians, cowboys, and the frontier scout. The shows exploited Native Americans, painting them as savages always on the attack against white settlers. 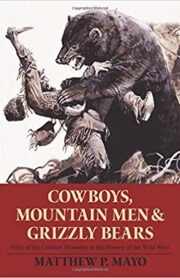 Cowboys, Mountain Men, and Grizzly Bears: Fifty Of The Grittiest Moments In The History Of The Wild West

“This very book gives an outstanding overview of the grittiest moments in the history of the Wild West.”

Some of the simulated fights included “The Burning of Trapper Tom’s Cabin,” “The Fight at Wounded Knee,” “Capture of the Deadwood Mail Coach,” and “The Battle of the Little Big Horn.” In all they showed the audience how the west was won. In doing so, it began the modern mythologization of the Wild West.

The Wild West Show was a marker in time of how, at least to whites, it was believed that the United States achieved its manifest destiny. Usually you don’t mythologize a historical event until the event is over. With Cody, the Wild West became a sentimental feature of the past.

The image of the cowboy leading great cattle drives on the open range are certainly indelible icons of the Wild West. The vast expanses of open land in Wyoming, Montana, and the Dakotas meant plenty of free space to run cattle.

Between the years 1866 and 1885 some 5.7 million head of cattle were driven across the ranges to northern markets or to other lands in the north. However, according to Smithsonian, disaster struck in the winter of 1887.

After a blazing summer that already compromised the supplies of settlers a great blizzard descended on January 9, blanketing the plains with about 16 inches of snow. Temperatures sank to -50 Fahrenheit.

Since 1886 was a bad harvest, ranchers had hardly enough hay to feed their livestock. When the lands thawed millions of cattle lay dead. It is estimated that this “Great Die Up” killed about 90% of the cattle on the plains.

The results of the Great Die Up were profound.

Ranchers reduced their cattle stock while at the same time increased their agricultural production in order to better be prepared for another hard winter.

Lands started to become fenced as people preferred to defend what they had near grain supplies rather than risk the open range. The year 1887 in many ways was the end of the open and wild West and the beginning of a new age of boundaries marked by barbed wire.

1890: The Closing of the Frontier and Wounded Knee

The year 1890 has two seminal events that make it a strong runner for the official end of the Wild West. The first occurred on December 29 at the Wounded Knee Massacre.

In this action, the U.S. 7th Cavalry, led by Colonel James F. Forsyth, had been dispatched to suppress Plains Indians near the Wounded Knee Creek. In particular, alarms were raised over the spread of the Ghost Dance, which was seen by white Americans as a sign of insurrection.

In the terrible action that followed, up to 300 Miniconjou Lakota were killed, nearly half of which were women and children. Twenty five U.S. soldiers died. Wounded Knee was a seminal event which marked the end of organized resistance by Native Americans against whites.

The second event came the next year when the U.S. Census declared that there was no longer any frontier. It declared, “Up to and including 1880 the country had a frontier of settlement, but at present the unsettled area has been so broken into by isolated bodies of settlement that there can hardly be said to be a frontier line.”

Without there being a settlement line and the great wilderness that lay beyond it, to whites it marked the end of an epoch. The writer Frederick Jackson Turner would state, “The frontier has gone, and with its going has closed the first period of American history.”

Many different sources (especially online) tend to give one of two different dates as the end of the Wild West period: 1895 or 1900. One textbook, “The American West,” states, “By 1895 the problems of lawlessness were gradually being sorted out.”

However, the text doesn’t cite anything in particular that happened in 1895. “The Old West in Fact and Film” does the same. Likewise, if you were to search the web, there are numerous sites (which shall remain nameless) that state generally that 1895 is largely considered the end of the Wild West.

But there is no reason given. In fact, looking at events of 1895 the only thing that is notable is that the murderer John Wesley Hardin was shot dead while playing dice in a saloon. That hardly seems like the end of the Wild West.

Similarly, 1900 is also cited as being the end of the Wild West. Again, same problem. The only notable thing this year is the Scofield Mine Disaster in which 200 miners were killed after an explosion. But as tragic as this may be, it hardly seems to put a period on the Wild West.

So where does the Library of Congress come up with the 1900 end date?

No reason is given except to assume it is because it is the turn of the century. Likewise, the same may be thought of for 1895 which was thirty years after the Civil War. Both are arbitrary dates, but nice round years.

The year 1907 is a possible candidate year for the end of the Wild West because it marked the end of Indian Territory. Indian Territory originally encompassed all lands west of the Mississippi that were not incorporated into any state.

However, according to the Encyclopedia of the Great Plains, by the 1820s, Indian Territory amounted to the present-day state of Oklahoma, where Native Americans of the “five civilized tribes” from the southeast, the Cherokee, Seminole, Creek, Chickasaw, and Choctaw were forced to relocate. Native American policies changed in the later part of the century which sought to assimilate Native Americans.

Part of this was ending the community-based land holding of Native American tribes. This came to be with the 1887 Dawes Act which broke up reservations and forced tribal members to take 160 acre allotments for personal use. Anything leftover was opened to white settlement.

This led to a split in the territory between the eastern half which was considered still Indian Territory and the west which formed the kernel of Oklahoma. In 1907, both Oklahoma and the remaining Indian Territory drew up a joint state constitution and were admitted to the Union as the single state of Oklahoma.

It was a watershed moment since it was the culmination of a policy of force acculturation of Native American peoples.

A singularly held characteristic of the Wild West was its lawlessness – it was beyond the reach of governments. It is for this reason that 1912 might be considered a candidate year for the end of the Wild West.

In January and February, New Mexico and Arizona were admitted into the Union as the 47th and 48th states respectively. Both had become so well-populated from ranching and mining booms that they now held the requisite population for statehood.

While this wasn’t exactly like dripping a law and order switch from its off to on position since these territories did have governments, it did mark the entry of the final states of the Lower 48. There were now no more unsettled territories in the contiguous country where one could migrate.

The United States, while not in its final form, was so close to it, that an era had decidedly ended.

Related read: 7 Reasons Why Seth Bullock was one of the Last True Westerners

Nothing screams Wild West more than a murderous horse-drawn stagecoach robbery. The last time this happened, was on December 5, 1916 near the mining town of Jarbidge, Nevada.

The driver, Fred Searcy was delivering mail and a $4,000 mining payroll in a two-horse wagon (which if you really stretch your eye may start to look like a stagecoach). While enroute to the town through a canyon, a man ambushed the wagon and shot Searcy in the back of the head.

Eventually, after the delivery failed to materialize a search party went out. Clues, such as a long overcoat and bloody palm prints, led to the arrest of three men: Ben Kuhl, Ed Beck, and William McGraw. The three turnined on one another. McGraw testified that Beck owned the gun, and Beck testified that Kuhl admitted to klling Searcy. and testified that he was the murderer.

This was corroborated by a bloody palm print. Kuhl, while sentenced to death, was commuted to a life sentence, while Beck and McGraw were let off more lightly. This throwback event was the last of its type and could be the final Wild West crime.