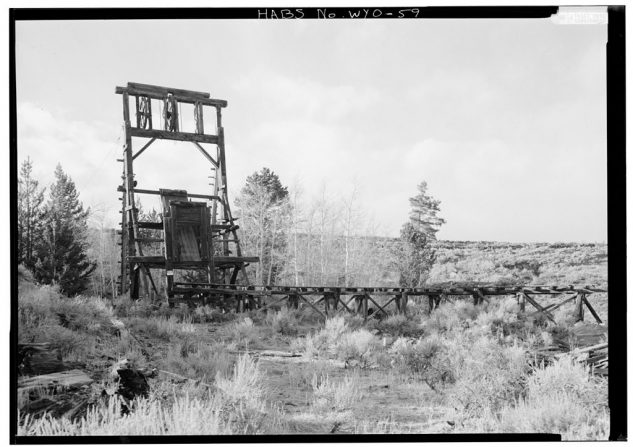 Wyoming’s ghost towns are relics of gold rushes – and even feature Calamity Jane.

To feel the Old West in a palpable way, you need to visit a ghost town. The abandoned buildings of a once thriving settlement give an insider view to how people lived at that time and place.

Each ghost town tells its own story, but they are all linked by transience, in which these communities were undone by one factor or another. For example, a railroad moved its line, or the Oregon Trail ended as a major migration route. In almost all cases, a town’s passage into the afterlife was heralded by its dependence on just one economic factor.

Ghost towns are a fixture of Old West history and lore, and for good reason: there are hundreds of them scattered throughout the West. Some of the finest examples of ghost towns are found in Wyoming, of which a handful have been marvelously well-preserved by conservationists.

This article isn’t an exhaustive list of all of Wyoming’s ghost towns, but rather a detailed excursion to some of the most prominent ones you can visit to learn more about the Old West and life in 19th century Wyoming.

Fort Laramie featured prominently in the history of the Old West and overland migration. According to Philip Varney’s Ghost Towns of the Mountain West, the site was first established as Fort William in 1834 before changing its official name to Fort John. By 1841 the site was commonly called Fort Laramie after the French trapper Jacques La Ramie.

Fort Laramie was purchased in 1849 by the U.S. Army to protect migrants heading west over the Oregon Trail. While named a Fort, it never had walls or any impressive fortifications, though it did at times carry a heavy military presence.

In its heyday in the early 1850s, over 50,000 migrants passed by or through Fort Laramie. It was in this context that the U.S. Army negotiated with Native American tribes the Treaty of Fort Laramie in 1851, which negotiated safe passage for travelers over the Oregon Trail in exchange for annuities.

This treaty is notorious because it was reneged upon by the government. Later in its history, Fort Laramie served as a station for the Pony Express and the transcontinental telegraph.

After the completion of the Transcontinental railroad in 1869, the Oregon Trail ceased to be relevant and so did Fort Laramie. It was abandoned in 1890 and the buildings auctioned.

By the 1930s, the site had fallen into ruin, but in 1938 it was declared a national monument. The site fell under the control of the National Park Service and has been transformed into a museum with many of the original buildings restored.

In the heart of Wyoming in the South Pass Region near the Wind River Range, a detachment of soldiers from Fort Bridger discovered a vein of gold in Willow Creek, and set up a claim in what was then the Dakota Territory.

A gold rush ensued, leading to the founding of the Carissa mine. The region between 1867 and 1869 revealed approximately 1,500 lodes of gold. The migration of miners to the area led to the establishment of several towns in the region, the chief of which was South Pass City.

South Pass City had an early reputation for rowdyism, and in 1868 was reported as being sparsely inhabited. One of the more well-known buildings from this time was a store house and shelter that was used to protect inhabitants in the event of a Native American attack.

Originally called the Cave, it was also where inhabitants safely stowed South Pass City’s liquor and hence earned the nickname Fort Bourbon. As the Wyoming gold rush drew a torrent of settlers, the town’s population swelled to up to 4,000 by 1870.

The town featured saloons, naturally, but also a general store, a hotel, a school, butcher shops, a billiard parlor, and even a bowling alley. With such a population, the trappings of civilization followed. The town served as the Carter county seat while still in the Dakota Territory and maintained that status when the Wyoming Territory was carved off it in 1868.

The Ghost Town as Center for Women’s Rights

The next year, South Pass City named Esther Hobart Morris as a justice of the peace, making her the country’s first female judge. She oversaw 26 cases during her nearly nine-month term.

Yet South Pass City was living on borrowed time. By 1873, the gold mines were running out and the county seat was moved to Greenwater. Despite a secondary boom in the early 20th century, the settlement had become a ghost town.

In 1966, Wyoming’s 75th anniversary commission bought the site. Since then, preservationists have restored 17 of the structures which are now viewable to the public. South Pass City is the best preserved ghost town in Wyoming.

Twelve miles north of South Pass City, gold was discovered in Spring Gulch in 1867. Miners quickly flooded the region and founded a new settlement called Hamilton City, which was probably named after John F. Hamilton, an investor in several of the region’s mines. The settlement quickly took on the more quirky moniker of  “Miner’s Delight.” By 1868, about two dozen buildings were put up in the new boom town.

Miner’s Delight was a fraction of the size of South Pass City. The 1870 census listed only 75 inhabitants of which over half were miners. However, at least two of these early residents were intriguing. 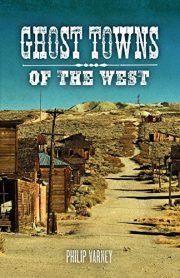 Ghost Towns of the West

“This is a lovely book for the practical traveler and the armchair tourist alike. This book is sure to satisfy your Wild West fantasies, but is also an accurate historical representation of the mining period it covers.” – John L. Albee, Amazon

One was Henry Comstock, who was famous for discovering the famous Comstock Lode of silver in Nevada. He never profited from that discovery and was, in fact, destitute. He ended up dying by suicide in 1870.

Another was a young Martha “Calamity Jane” Canary who lived there with her adoptive parents. She apparently helped nurse the miners through an epidemic and built up her reputation in the town’s saloons.

While Miner’s Delight did ship out tens of thousands of dollars worth of gold, it never stabilized into a lasting settlement. Part of the reason was the climate. Strong winds and bitter winters with an uneven water supply made survival tenuous.

The settlement was also subject to regular attacks from nearby Lakota, Cheyenne and Arapaho. By 1874, hardly a person lived in Miner’s Delight, and despite repeated attempts to redevelop the community, it soon became a ghost town.

By the 1960s, the last residents left. Today, the site is controlled by the Bureau of Land Management, which offers interpretive guides to understand the ghost town’s eight preserved log cabins and ruins of a stamp mill.

The third mining town of the South Pass mining district was Atlantic City. This town was closer to South Pass City than Miner’s Delight, but like its neighbors, it too fell into steep decline by the 1870s.

Unlike Miner’s Delight and South Pass City, there are still inhabitants in Atlantic City. This is because in 1960, U.S. Steel opened an iron ore mine. However, in 1983, the mine closed, and today only a handful of people still live there.

Outside the South Pass mining district, one of the most interesting ghost towns is Piedmont.  This town was founded as a support site for the railroad by a pair of Mormon brother-in-laws named Moses Byrne and Charles Guild.

Their wives, Catherine and Marie Cardon, journeyed with them near what was the Muddy Creek Station in 1867. The station, they realized, would be in need of wood and water, so they founded the town of Byrne and built a camp settlement.

However, the nearby town of Bryan was creating confusion in the name, so they renamed it Piedmont, after the region in Italy from where their wives hailed. Tragically, Byrne’s 2-year old son was kidnapped by raiding Sioux. However, many years later, their son was returned to them by a Shoshone chief whom they befriended.

As the railroad developed, so too did Piedmont. Railroad workers joined the settlement. The demand led to the Guilds starting a mercantile. Houses, a hotel, stables, a post office, school, and four saloons put the town on the map.

Piedmont at one point boasted 400 residents, albeit most lived in tents. Calamity Jane even worked in Piedmont as a teenager – she apparently had an affinity for Wyoming ghost towns.

To service the railroad, Moses Byrne also set up a charcoal operation. He invested $1,500 to build five beehive kilns and used timber from the Uinta Mountains to produce the product.

Three of these 30 foot tall kilns are still standing, a very interesting feature for a ghost town. Legend has it that Butch Cassidy buried some gold near the kilns which they had robbed from the First National Bank of Montpelier, Idaho Territory in 1896.

Like the towns of the South Pass Mining District, Piedmont was overly dependent on one industry. In 1910, the railroad in building a tunnel through Aspen mountain rerouted the railroad, and Piedmont suffocated and fell into rapid decline. By 1940, the last business closed.

Today, the ghost town is on a private ranch, but can still be visited.

While the above Wyoming ghost towns are among the best in the state if not the country, there are a couple of other locations you may want to check out if passing through Wyoming.

The first, built just after the heyday of the Old West era, is the Jay Em History District located some 30 miles north of Fort Laramie. This ghost town was built in the early 20th century and was connected deeply with the agriculture of the region.

A second region worth exploring is Grand Encampment.  This region grew from the development of copper mines near Battle Lake in the Sierra Madres in the 1880s. Several settlements sprouted such as Rudefeha, Dillon, Copperton, Rambler, Battle and Elwood, which all became ghost towns.

Discover more places and stories of the American West: